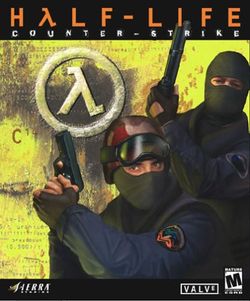 It has been patched over and over again, and each has changed both the game and how the community views it. For example changes between 1.4 and 1.5 removed the ability to bunny hop; a major advantageous glitch technique that allowed players to move much more quickly. Most notable, however, is the change from 1.6 to Source. The changes made in Source were so great that veteran players decided not to switch over and have still yet to do so. Aside from graphics and elements of the Half-Life 2 physics engine, the mechanics within the game are so different that it actually seems like a different game. Originally the biggest problem players had with source was a glitchy hitbox, which was later patched.