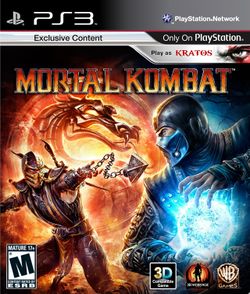 Similar to previous modern installments, Mortal Kombat uses 3D graphics, however the game plays on a 2D plane, making a "2.5D" effect. The game was released on April 19, 2011 in North America, and April 21, 2011 in Europe, with three editions (Standard, "Kollector's", and Tournament). The game is set after the events of Armageddon, but returns back in time to the events of Mortal Kombat, II, and 3.