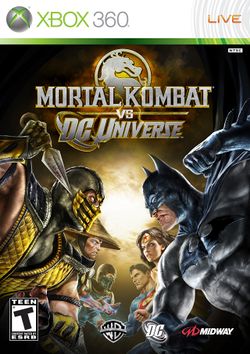 Mortal Kombat vs. DC Universe (commonly abbreviated as MK vs. DCU or just MK vs. DC) is a crossover fighting game from Midway Games in the Mortal Kombat series, which was released on November 16, 2008. The game contains characters from both the Mortal Kombat franchise and the DC Comics Universe. The game's story was written by comic writers Jimmy Palmiotti and Justin Gray.