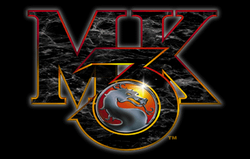 Mortal Kombat 3 is the sequel to the highly successful Mortal Kombat II and was developed and released shortly after it. This title brings many changes, as it now features a "Run" button, chained combos, and some other minor occurrences. The "Run" button now allows the player to quickly dash forward in order to assault the opponent (many fans criticized that the defending player had too much of an advantage, so the "Run" button was used as a solution). However, the amount of times you run is determined by the new "Run" meter, which wears out once you begin to run and recharges viceversa (it is also drained by using chained combos). The game also uses a new system of chained combos, also known as pre-progammed combos; these supplement the existing juggle combo system, but critics contend that chained combos are redundant and needlessly add to the learning curve of the game. They are pre-programmed button presses that are unblockable once one hit connects. Some chain combos end with an uppercut or other move that knocks the opponent into the air, so that more punishment can be dealt via a traditional juggle combo.

Numerous other small features were added, such as the long-anticipated Animality (which is similar to a Fatality, but it allows the player to morph into an animal and decimate their opponent). Mortal Kombat 3 also introduced "Mercy", where, if a player wins two rounds, he can perform a "Mercy" move instead of a Fatality. This allows a beaten foe to recover a sliver of life and continue fighting. This is necessary to perform an Animality. Several stages also give the player the ability to uppercut their opponent through various levels of that stage (such as the Subway level, which allows players to uppercut their opponent into the street that lies above). On top of this, the game added features such as a "Kombat Kode" (which were 6 digit codes entered at the VS screen in a two player game to modify gameplay) and the "Choose your Destiny" screen (this allows the player to select their difficulty after selecting a character).