Final Fantasy IV: The After Years/Rydia's Tale: The Eidolons Shackled

Rydia, returning to her second home in the Feymarch, finds its queen cold and unwelcoming. Suddenly, the Eidolon King and all his subjects freeze, as if turned to stone. Together with Luca, daughter of the dwarven king, Rydia heads to the Dwarven Castle to investigate... 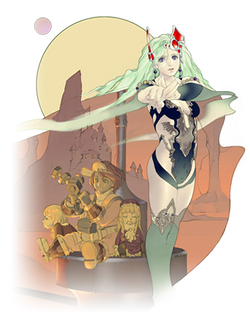 Go to top
← Kain's Tale: Return of the Dragoon | Rydia's Tale: The Eidolons Shackled | Yang's Tale: The Master of Fabul →