The path to Cut Man takes you through an abandoned industrial factory. To reach him, you'll have to climb up to a roof top, and then up over the tower. Blades will come flying out of two machines along the way. Cut Man was originally designed for land reclamation work; particularly deforestation. His battle abilities center around his advanced jumping abilities and the pair of boomerang-like shears on his head. Cut Man makes a few cameos as well later on in the series. 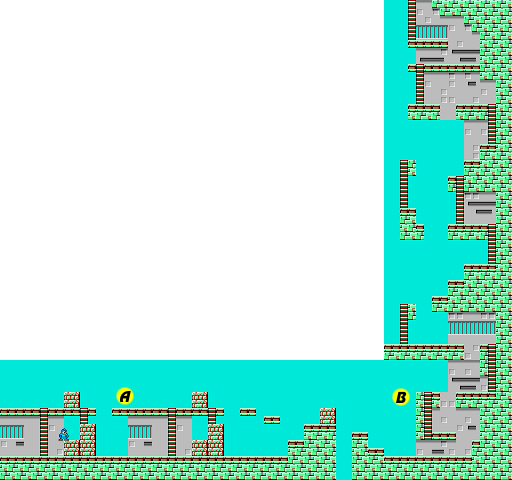 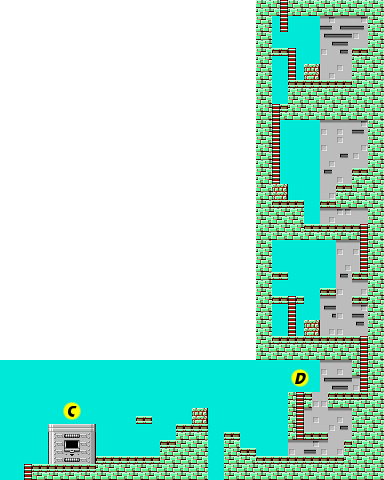 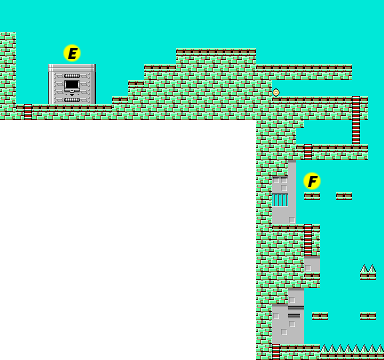 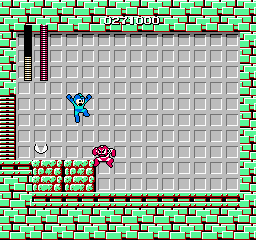 Cut Man's head may look like a pair of scissors, but when he grabs the blades and throws them at you, they act like a boomerang. They travel to where you were before turning around and flying back to Cut Man's hands. No matter what strategy you use against Cut Man, you are very vulnerable if you are standing on the blocks while Cut Man is on the floor. Situated like this, Cut Man can hit you, but you can't hit him. Get down to the floor and over to the right wall. Shoot at him to push him away from you while he tosses his boomerang-blade at you. When the blade is about to strike you, leap off the ground and let it turn around below your feet. Fortunately, Cut Man is the Robot Master most vulnerable to your standard Mega Buster weapon. Of course, if you know Cut Man's weakness, you can make very short work of him, but if you don't, you'll have to attack him persistently until he is defeated. When that happens, he leaves behind the Rolling Cutter weapon, which gives you the same ability to toss a boomerang blade at your enemies.

Cut Man's weakness
While some weaknesses are a little obvious, others may not be so clear. In order to understand Cut Man's weakness, you must think of the game, "Rock, Paper, Scissors." In that game, scissors beats paper, but rock beats scissors, and Cut Man is no exception. If you collected the Super Arm from Guts Man, you can pick up the rocks in his room and chuck them at him. Each rock removes half of his total life, and he will go down after just two hits! However, if you miss with one or both blocks, you'll have to fall back to a traditional strategy. Also be aware that if you die and come back, any rock that you've previously thrown will not return unless you use a continue. Note that Cut Man is also slightly weak to Fire Storm, which you can get from beating Fire Man. Fire Storm removes ~3-4 life bars per hit and it knocks Cut Man back, which is useful in keeping distance between you and him. The best time to use it is when he is up on the rocks on the left side of the screen. If Cut Man gets close to you, remember that Fire Man's attack provides a small shield around you, so if you use it at just the right time you can knock Cut Man away from you before he gets too close.