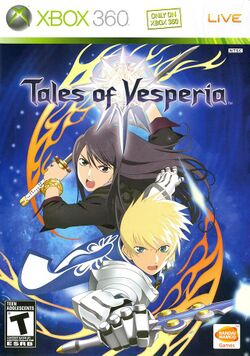 Tales of Vesperia is a role-playing game and the tenth main entry in the Tales series. It was originally released for the Xbox 360 on August 7, 2008 in Japan. It was later ported to the PlayStation 3 on September 7, 2009. The port introduced a new character, Patty Fleur, and Flynn Scifo became a permanent party member. On January 11, 2019 a remastered version titled, Tales of Vesperia: Definitive Edition (Tales of Vesperia Remaster in Japan), was released on the PlayStation 4, Xbox One, Nintendo Switch, and Windows to celebrate the 10th anniversary of the game. The opening song was sung by Bonnie Pink and the anime cutscenes were made by Production I.G.