You must be above level 8 to start this region. 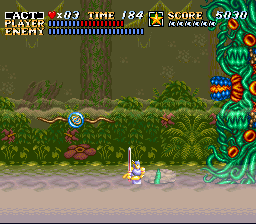 The blue flower is the only vulnerable part of the plant.

The plant has a simple pattern of attack, but is dangerous nonetheless. The plant itself does not move, and there is a single platform directly in front of it. In order to do damage, jump and slash at the blue flower. Periodically the plant will emit a floating spore, which will sprout tentacles but otherwise remain stationary. Also, a vine patrols the mist and reaches for the player when it is near. It's best to walk to the left to lure the vine away from the platform, then jump over it while moving back right and get a few hits in on the plant with each repetition.

While the main body of the plant does not cause direct injury, it can launch its sprout at any time, and may obscure the progress of the vine as it tries to attack you. 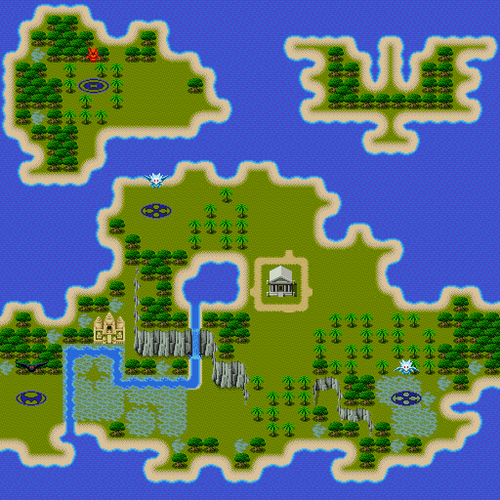 Marahna is an island covered with palm trees, which are cleared by lightning. Because of the plagues within the area, they are the home of medical herbs. The large southern island and the northwest island can be joined by using the earthquake miracle.

After sealing the first monster lair to the northwest, use an earthquake combine the small island with the main island.

There is a temple within the set of islands, which is believe to worship you. However, it's a building the monsters haven't tried to destroy. When you seal the last lair, you will need to enter the shrine.

A tablet is available in Kasandora. When used in Marahna, the citizens will investigate the bird-shaped island. For the investigation to be successful, you need to use lightning near the right wing to remove one of the trees.

Use the compass in this region to collect a scroll. 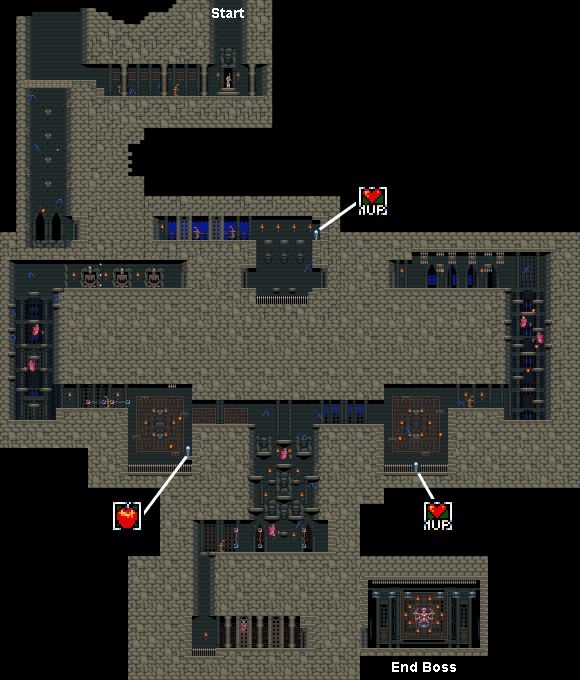 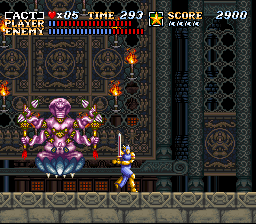 This boss is similar to the Pharaoh's Head, but it doesn't move far from the center of the room.

This creature floats in tight circles in the center of the room, and occasionally attacks by trying to crush the player. It sometimes shoots out a magical arrow, but it always indicates when it's about to do so. Every once in a while it will call a platform with spikes down from the ceiling, which can be ridden up in order to strike with the sword. However, if ridden all the way back to the top the platform will crush the player against the spiked ceiling. The best strategy is to ignore those platforms and keep moving, and when the boss tries to crush you, turn around and get in a few hits before it rises up again.