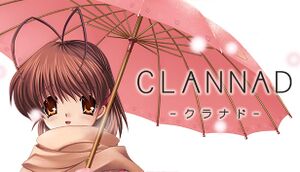 Between chapters of the game (for which each day constitutes a chapter), you will also see glimpses of the Illusionary World. This story is told from the perspective of a doll made out of garbage (ガラクタの人形, garakuta no ningyou?), who observes the actions of a mysterious girl (幻想の世界の女の子, gensou no sekai no on'nanoko?) trying to survive in what appears to be a wasteland. The meaning behind this seemingly unconnected arc is further explored as the game progresses, through subtle hints in various routes before its culmination in After Story.

Some School Life routes are shorter than others; the game's five main heroines (Nagisa Furukawa, Fuko Ibuki, Kotomi Ichinose, Kyou Fujibayashi, and Tomoyo Sakagami) have the longest routes, and Nagisa's story leads into the game's true ending. Nevertheless, the order of the routes listed in this guide, mixing the routes of main heroines and side characters, is recommended. The game also has bonus routes and other extras (listed in appendices) that don't count toward the game's completion, but are required by achievements and trophies.