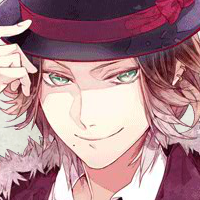 Laito (ライト) is the youngest of the Sakamaki triplets, the third son of Cordelia and the fifth son of Karlheinz. He enjoys teasing Yui to the point of sexual harassment, though he himself is unaware of the abnormality behind his actions. As a child, Laito was sexually abused by his mother and has so developed the attitude of a pervert along with never truly understanding the concept of "love". Laito seems to be the most manipulative of the brothers, humiliating Yui and having his familiars watch her until she can no longer have a moment of privacy. Inversely, he also happens to be the most damaged.