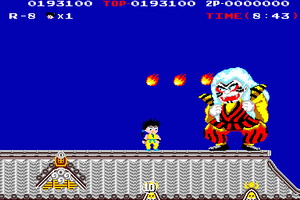 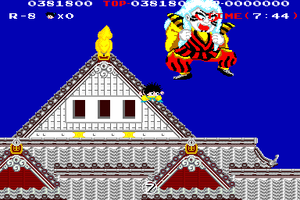 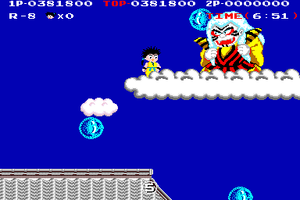 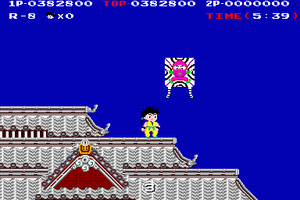 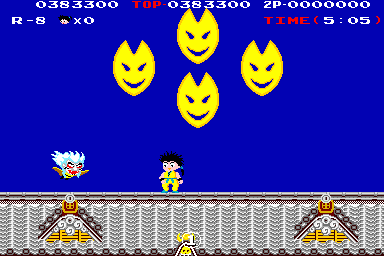 You must now face off against the ultimate form of the Stone Wizard. He possesses all the qualities of the previous boss fight, and the fight at the beginning of this stage. Namely, he spits three fireballs on to the ground, and the erupt into columns of flame when they hit. To make matters worse, he will transform into his bat form at will when you get too close to him and he hasn't attacked you in a while. If you are standing too close to him when he lands, he will remain in his invulnerable bat form until you move far enough away. If you just rush back in when he transforms, he will simply revert back to bat form and fly away to the other side. You must allow him to remain in Wizard form long enough to attack you. Then you have a window of opportunity to avoid the flames and reach him to strike at him before he transforms into a bat and flies away again. Naturally, you must hit him three times to win. This is an extremely difficult fight, and will require a lot of patience and hand-eye coordination. If you manage to defeat the Wizard, you will get to watch a short, but truly well earned ending. 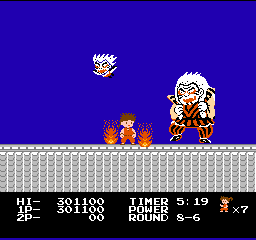 There are no secret rooms in this stage.