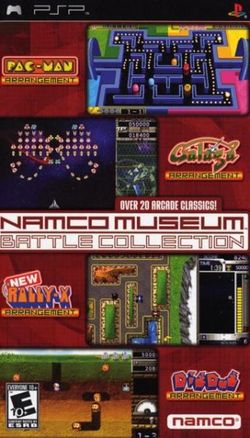 The ultimate version of Namco Museum Battle Collection started out as the original release of Namco Museum for the PSP in Japan. For the US version, Namco wanted to include more games in order to give the release more perceived value. As result more games were included. After the final US version was released, Namco released a second volume in Japan that contained all of the games that were added to the US version, in addition to two new arrangement games. Here is the breakdown: