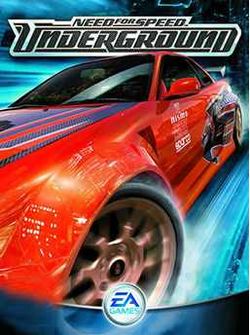 Need for Speed: Underground is the seventh game in the Need for Speed series and is the first Need for Speed game from the Second Era. Underground completely changes the Need for Speed series formula with a heavy emphasis on tuner culture and a storyline-driven career mode with influence from the movie "Fast and Furious". All races take place at night in a fictional city called "Olympic City" featuring customized tuners instead of exotics. Throughout the single player campaign, you unlock both visual and performance components which is key to being the fastest and most popular racer in the game. There is also a version of the game called Need for Speed: Underground J-Tune, which is only available in Japan on the PlayStation 2.

Need for Speed: Underground has two different game modes: Underground Mode and Quick Race Mode. Underground mode is essentially a career mode and has a story line for the player. Quick Race mode is where the player can choose whatever track and car that he/she has unlocked and can customize settings for the race. There is five different race types: Circuit, Lap Knockout, Sprint, Drift, and Drag, with Drift and Drag modes being new in this game. Circuit races are standard races with up to four opponents around a loop track for one lap or more and is the main mode of the game. Lap Knockout is where after every lap the person in last position is eliminated until there is one player left. Sprint races is where the player races in a point-to-point track. In Drift races, players race on short loop tracks where the player has to slide around the track to earn points and whoever has the highest score wins. Drag is where the player races on typically straight tracks with a manual transmission (you cannot choose the type of transmission in this race mode) and has to shift at the right time to be faster than his/her opponents and win.