An easy way to defeat the Phantom Bat is to use the Axe that you receive from the candle a few screens back, and toss them at the bat. Hit the rightmost block in the platform under the stairs for a Double Shot to defeat the boss even quicker. It's best to stay to the left side of the stairs since there's more room to attack and dodge the Phantom Bat when it swoops at you; just duck or move out of the way when it does. An alternative method is to use the Stop Watch when the Bat is in striking range. Wait for the Phantom Bat to swoop in, use the Stop Watch, and whip it until it unfreezes. Either re-freeze it immediately or move out of the way, as it will continue its attack as soon as it can move again.

Phantom Bats will appear as a common enemy in Stage 16, and should just be avoided.

The Holy Water and Boomerang are the weapons of choice against Queen Medusa. You can get either one near the beginning of stage 4. She will burst out of the statue in the center of the room (there is no warning, so be careful). Stand to the right of her and wait for her to appear. When she arrives, start throwing your secondary weapon at her. If you have a Double or Triple Shot, she will take damage so quickly that she won't be able to move around very much. Keep tossing and whipping and she will be defeated quickly. Once again, you can use the Stopwatch to freeze her in place and then whip her to death. Queen Medusa drops snakes as she flies around, which crawl around on the ground and can be killed with a single whip strike.

Queen Medusa is the last boss that the Stopwatch will work against.

As tempting as it might be to hit the lowest block of the left staircase to reveal the pot roast and regain your strength, it might be better to leave that block alone until you are very low on health. You can stand on the block instead and use the height to your advantage, as well as retreat back to the doorway for a somewhat safe spot. Regardless of which recommended weapon you use, draw them close to you and then hit them. The Holy Water is weapon of choice against the Mummies; douse them with it when they are close enough and it should freeze them in place long enough that they won't be able to escape. The Boomerang is an equally good weapon, especially if you have a shot multiplier. It has longer range than the Holy Water or whip, so you can keep your distance. If you jump over the Boomerang as it comes back, it'll hit the other Mummy as well.

If neither weapon is available, use your whip. Crouch and whip them when they are close enough. Retreat to the higher blocks when they get too close. Keep the Mummies on the right side, so they aren't surrounding you, and run and jump back onto the low block if they walk to the left corner. Grab the meat if you need it and continue to strike them until they are both destroyed.

Or, if you get lucky, both of them will walk in the left corner, which will make things very easy, if that pot roast block is still intact: Just crouch on it an whip them to pieces - they can't hit you anymore!

Alternatively, due to a glitch that makes your weapons deal damage every frame to overlapping enemies, you can attempt to make the mummies stand on the same place. If you can manage to get them overlapping, throw two or more Boomerangs with a Shot Multiplier. This should instantly kill them.

This is the first relatively difficult boss fight, unless you are properly prepared. While The Monster is the one you have to defeat, he isn't the major threat. It's his partner, Igor, who looks and behaves just like a Fleaman, but is invincible and throws fireballs. Igor will generally hop forward while it's in the middle of the screen and jump high when it reaches the platforms in the corners. Hide on the inside edge of the platforms to avoid it.

Be prepared to move around since it won't follow this pattern completely. The Monster might get in the way, but he usually remains on right side of the screen. Stay close to the platforms so you can jump over The Monster or Igor if you find yourself trapped. When you first enter the room, run and jump onto the side of the lower right platform to get in some quick hits before Igor starts moving.

If you have the Holy Water or Boomerang and a shot multiplier, you can do some serious damage to him and possibly even defeat him before Igor can hit you. Without a multiplier, The Monster and Igor will break out of the stun almost immediately, but you should be able to take anywhere between ¼ to almost ⅓ of his health. After that keep hitting him with whatever you have when you can get in a shot. With the Dagger, you can use the same strategy as the Boomerang however it will take a lot of hits to kill him. 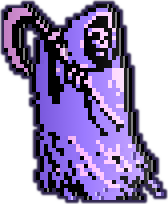 Death does not attack Simon directly, but relies on the scythes that he creates. Up to three of them can appear, moving slowly at first, then speeding up. Destroy them as they are created if you can and retreat a bit to avoid getting hit as they close in on you. Hide in the corners if things get too tough but don't stay too long since Death may float to your position. Death is vulnerable to the Holy Water so, if you have it, stand on the right edge of the center platform and wait for him to appear and start throwing vials at him.

It's not necessary to jump and throw the Holy Water if you're standing right at the edge but you have to be quick. Even without the Double or Triple Shot Death shouldn't be able to get away, but having either of those items will make the fight significantly easier. The jump and throw method is just as effective if you're uncomfortable with standing on the edge. Unfortunately, if Death breaks out of the stun and floats above the platform, Holy Water becomes useless.

Another good weapon is the Axe, which will make it easier to hit both Death and scythes that are above you. You can also use it to hit Death from a distance rather than having to get close to him. The third option is the Boomerang, which you can find at the beginning of the stage. It has better range than the Axe but you will have to jump throw them to hit the scythes and Death. Keep your distance as best as you can and throw them whenever he pauses. The whip is difficult to use since you will have to get close to Death and the scythes in order to hit them.

Be very careful after you defeat Death. Even after he dies, his sickles remain, so it is very possible for you to get killed trying to collect the Crystal Ball. 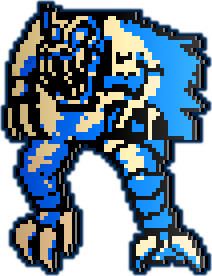 When you arrive in Dracula's chamber, collect the contents of the candles, including the last one on the far left side, which contains the Holy Water. The only vulnerable location on Dracula's body is his head. Save your holy water for Dracula's second form.