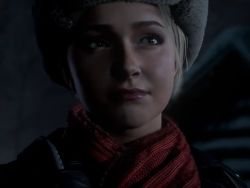 A vegan and a pacifist, Sam is also one of the more levelheaded of the group. As Hannah's best friend, she attempted to prevent the events of the prologue, and chastised the group for their inconsiderate actions when unsuccessful. Still, she remains friendly with the group, and makes the trip back to Blackwood in order to support Josh.

How to save Sam
Sam has only one possible death, at the very end of the game. When given the option to run to the switch or hide, choose to hide every time. Successfully clear the "don't move" prompts in order for Sam to survive. 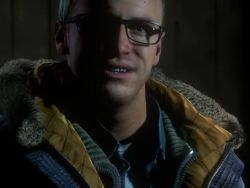 Chris is considered the "nerd" due to his interest in technology, though he fits right in with the rest of the group due to his sense of humor. During the tragedy a year before, Chris was passed out along with his longtime best friend, Josh. While he enjoys a good prank, Chris is also very protective of his friends, willing to go to great lengths to avoid putting them in danger. He also has a mutual crush on Ashley, though like Ashley, he is too shy to confess his feelings.

How to save Chris
When given the option, it is very important that you do not shoot Ashley, even if she insists you do. Chris can die in two ways during the QTE sequence in Chapter 8; clear it successfully to avoid this first instance of potential death. For the second, if you chose to shoot Ashley earlier, she will lock Chris outside (if you chose to shoot yourself, she will happily open the door for you). Lastly, do not open the trapdoor in the tunnels after following the voice as either Ashley or Chris. Doing so will result in immediate death. 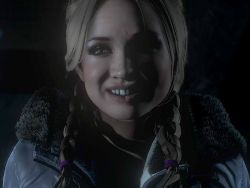 Jessica is the "popular girl" of the group, having been crowned homecoming queen and possessing the typical traits of one (enjoys partying, hates studying). Though she and Emily were friends a year before (both having played a part in the prank that set the events of the tragedy in motion), they have developed something of a rivalry in the time since. She is now dating Emily's ex-boyfriend, Mike, and believes Emily harbors some jealousy and resentment over their relationship.

How to save Jessica
When Jessica is snatched from the cabin while playing as Mike, take all of the quickest QTE routes to get to her (risky over safe, jump over shimmy, etc.) and clear them successfully. While she will appear injured when Mike reaches her, she should still be alive. When she is finally seen again (either on her own or with Matt), clear all "don't move" prompts successfully (and if playing as Matt, catch her if she falls and choose not to abandon her) to save her. 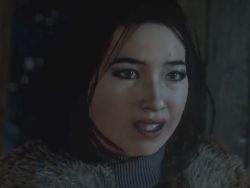 Emily is an honors student with an attitude, never hesitating to speak her mind. Though she remains good friends with her ex-boyfriend, Mike, he is now dating her former friend Jessica, which has sparked some enmity between the girls. While she cares for her current boyfriend, comparatively soft-spoken jock Matt, she tends to boss him around and refer to him as a "meathead" if he displeases her. Like Jessica, Ashley, Matt, and Mike, she played a part in the prank that indirectly resulted in tragedy a year before.

How to save Emily
Successfully outrun the Wendigos in the mines (this includes jumping over the grinder at the end of the conveyor belt). Don't shoot Emily as Mike and don't hit the switch too early as Sam in the lodge at the very end, or she will be burned alive. 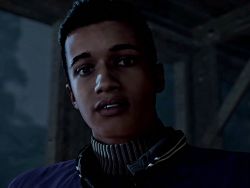 Matt is the jock of the group, a successful football player who enjoys all sports. While he is one of the stronger of the group, he most often prefers to avoid conflict. He is currently dating Emily; though they sometimes clash due to their very different personalities, Matt will usually concede to her commands. Because of Emily and Mike's past relationship, he doesn't get along with Mike very well.

How to save Matt
Don't hit any of the deer when on the cliff with Emily; simply walk past them. If Emily did not give him the flare gun, choose not to save her when the fire tower collapses; if she did, he can attempt to save her and then defend himself with the flare gun; failure to shoot the Wendigo in time will also result in him being killed. While in the mines, either alone or with Jessica, get through all "don't move" prompts successfully (and if with Jessica, save her with a QTE when she's about to fall). 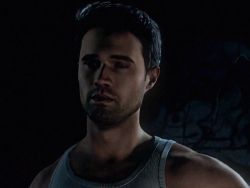 Mike is the charismatic and intelligent class president, able to win over his peers with his charm. Despite this, he can be inconsiderate of others' feelings, as most strongly evidenced by his manipulating Hannah's crush on him to pull off a prank with his friends a year ago. While he dated Emily in the past, he is currently in a relationship with homecoming queen Jessica, though he maintains a friendship with Emily despite the resentment between the two girls.

How to save Mike
Like Sam, Mike is only capable of dying at the very end of the game. When playing as Sam, yell to distract the Wendigos and choose to hide rather than running to the switch every time. Make sure to get past all "don't move" prompts successfully, or Mike will sacrifice himself to save Sam. Additionally, if Sam doesn't survive, Mike will again sacrifice himself to set the lodge ablaze. 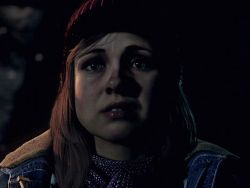 Ashley is one of the more thoughtful and serious members of the group, and unlike some of the others, she's quick to jump to the conclusion that the prank performed a year ago was the reason for the sisters' disappearance. Because of this, she harbors some guilt, and usually looks to Chris, whom she has a crush on, for comfort. While Chris and Ashley's feelings for each other are mutual, neither have worked up the courage to confess, a subject of teasing among their friends.

How to save Ashley
When given the opportunity to follow the voice in the tunnel, you can do so for a totem. Stop once you pick it up and simply continue down the path, ignoring the trapdoor; opening it results in instant death. At the very end, when playing as Sam, get through all "don't move" prompts successfully and rescue Ashley if given the chance. Additionally, choose to hide every time rather than run for the switch in order to give Ashley the opportunity to escape the lodge before it burns. 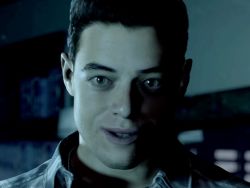 Josh is the son of a film producer and brother of Hannah and Beth, twin sisters who disappeared a year before. During the prank that set the events of the incident in motion, Josh was passed out alongside his best friend, Chris, due to heavy drinking. Josh's family owns the lodge where his sisters disappeared, and so invites his friends back a year later in order to reunite in their memory. While he may still be in the process of grieving, he covers it up with a jovial attitude.

How to save Josh
Find all Twins Clues.