Rusty Bucket Bay is a dockyard containing a single large vessel. It was visible as you were proceeding to Mad Monster Mansion, but you needed to complete that world first. This is arguably the most challenging world in the game, as it features polluted water in which when swimming in will decrease your oxygen levels twice as fast. 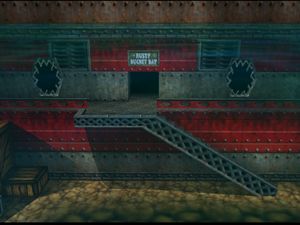 The entrance to Rusty Bucket Bay. 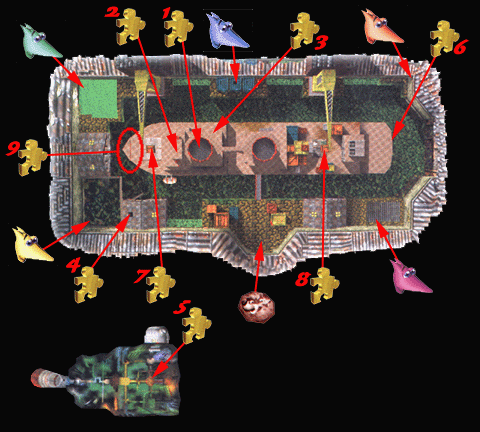 From the TNT crate held by the crane, climb to the top. Jump from the crane directly to the Gruntilda pad. 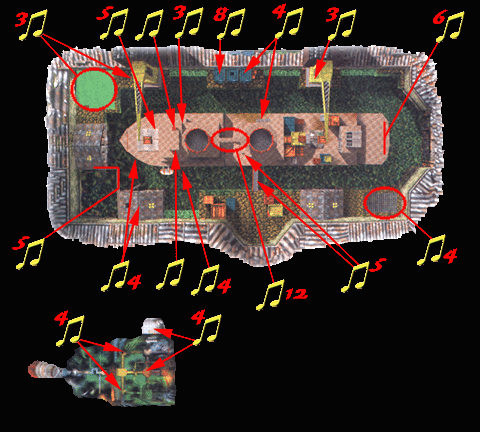 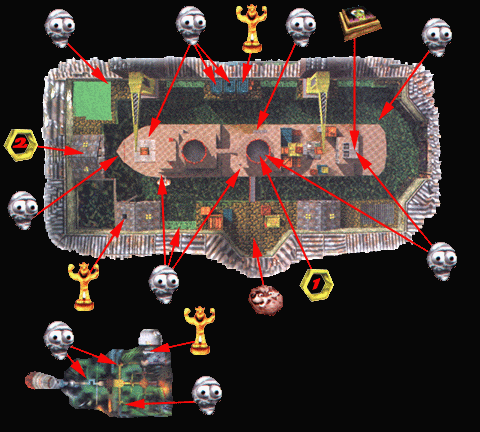 This item can only be obtained after getting 100 Jiggys and putting the following code into the sandcastle floor in Treasure Trove Cove: