This is a substantially difficult stage, far more challenging than any before it. If you died in the previous stage, you'll need to do your best to attain a good level of firepower, or this stage will be next to impossible. Similarly, if you die at some point in this stage, your chances of reaching the end are very small. 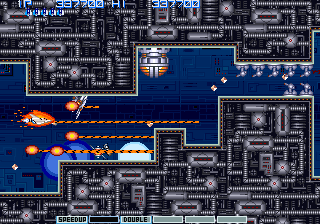 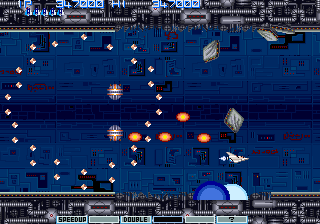 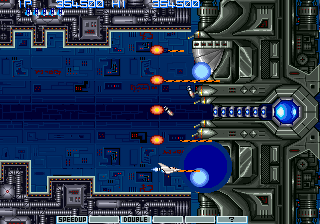 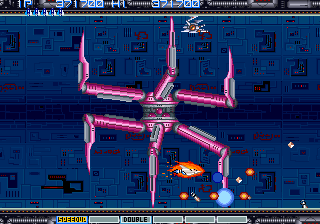 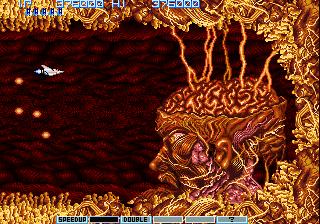 If you survive the encounter with Crab, you will notice the space fortress go from technological to distinctly biological. All of the enemies will cease to appear as you fly through this new organic section. Fly to the right to avoid two cellular structures which attempt to close off access beyond the tunnel. Then fly back to the left as the room opens up. You will soon be face to face, literally, with Gofer. Several stems connect his exposed brain to points along the wall. Once Gofer is fully in view and speaks to you, you can shoot these stems and destroy them. But the truth is, this really isn't a battle at all. You can do absolutely nothing and still win. After a short period of time, Gofer self destructs. You will be treated to the ending of the game, and be presented with the credits before the game starts over at Stage 1 at a higher degree of difficulty. Congratulations.