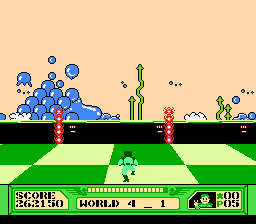 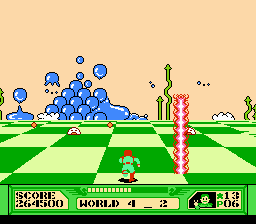 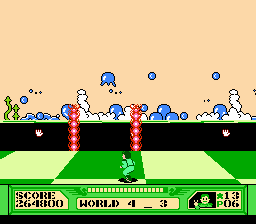 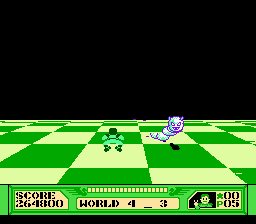 The boss of world 4 starts out white, and looks a bit as if it's made of snow. But don't be fooled, it's far tougher. You will notice that this boss begins to make faster movements and sweeps across the open space. It can be a little hard to predict at first. When you've concentrated enough fire at the head, the outline which switch from purple to red to indicate that it is close to defeat. You must defeat this boss not once, not twice, but three times before you can move on to World 5. Mess up in battle, and it's back to the start of World 4-3.