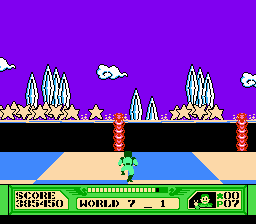 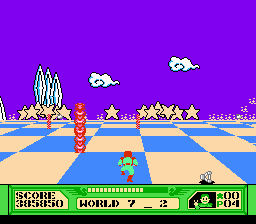 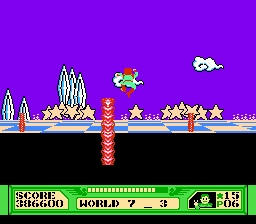 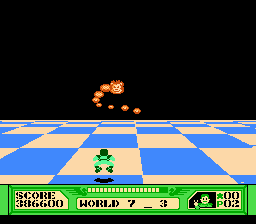 The boss of world 7 has the head of a lion. This boss not only moves quickly forward and backward, it also move tremendously fast sideways making it extremely difficult to hit. In this boss' case, it's actually not a terrible idea to try and shoot away many of the segments that will ultimately block your shot at its head while it is flying away from you. Though still dangerous, you will have a substantially easier time killing off this boss when it is reduced to just the head. It turns green just before it is about to be defeated. You'll have to defeat four of these monsters before moving on.