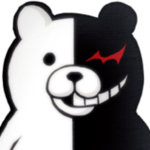 This enlivened stuffed animal can walk and talk and even run a school! The white half of his body is cute and pleasant, while the black half is utterly wicked. He enforces the peace of the school life he's created, or disturbs it, whichever he feels like at that particular moment. 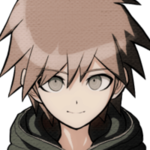 The hero of our game is a typical high school student with absolutely no remarkable talents or features. Normally, he wouldn't even have a chance at attending Hope's Peak Academy, but thanks to his lucky talent, he was selected from a lottery among average students across the nation, and was invited to enter the school. His only real merit is that he's a little more upbeat and gung-ho than other kids his age. 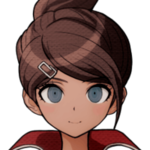 Aoi is a very active, alluring girl who loves sports more than anything. She's a member of almost all of her school's sports teams, but she excels at swimming in particular, breaking a number of high school records. She gets nervous if she sits still for too long, so she's almost always moving around. She's not a particularly deep thinker, but her upbeat enthusiasm helps keep the others positive during their crisis. 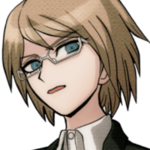 Byakuya is part of the family in charge of the international mega-conglomerate, the Togami Corporation. As the heir to the family business, he was raised harshly to prepare for his duties. He's full of pride, never bothering to hide his elitist disdain for those around him. He's also the only student trapped in the school who seems to somehow be enjoying their dire situation. 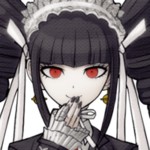 Beneath Celestia's cute lolita-esque appearance lurks a regal beast, with a sharp, wicked tongue. Despite her unusual name, she is in fact from Japan. She's a true genius when it comes to lying, a talent she has applied to the world of gambling. She has sent more than one world-class gambler home broke, and broken. Other than her obvious love of gothic lolita clothes, everything about her is wrapped in a veil of lies. 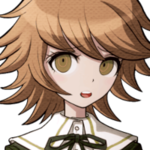 Chihiro is a very slight, timid girl that somehow makes you think of a cute little bunny. In fact, she's often mistaken for an elementary school student. She's very quiet, but has an extraordinary ability when it comes to computers. 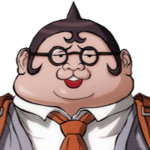 Hifumi has a certain charisma within his industry and is proud of the following he's cultivated. At a local school festival, he was able to sell over 10,000 copies of his latest creation - a stunning achievement by any measure. 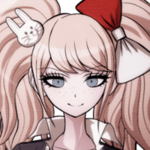 Junko is a charismatic model who's graced the covers of all the most popular youth fashion magazines. She has no problem expressing her joy, anger, sadness, or excitement - in fact, one reason she's so popular is because she doesn't seem fake. She's naturally outgoing, and she enjoys testing the guys around her with her playfully sexy banter. 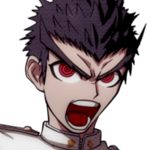 Kiyotaka was head of the "public morals committee" at his old high school, a noted college prep school. Although he is from an extremely ordinary family, he has excelled in his student life. His scholastic ability comes from his dedication to working harder than anyone else, and he has no patience for slackers. Even amid the extreme events at Hope's Peak, he maintains a dedication to the school's rules and regulations. 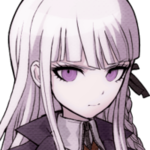 Kyoko is the only student at the school whose ultimate ability is totally unknown. She displays a kind of severe beauty, but her past and thoughts are shrouded in mystery. She's reluctant to reveal her feelings, preferring simply to give Makoto hints to push him in the direction of the truth. 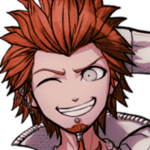 Leon acted as his high school's cleanup hitter during the national baseball championship tournament. Despite his refusal to ever practice, he's got enough natural talent that pro baseball scouts have already started courting him. He can be kind of obnoxious, but it's hard to hate the guy. 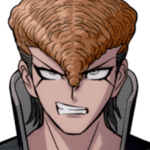 Mondo is the head of the biggest biker gang in Japan. He likes to refer to himself as a "man of mayhem," but his actions reveal him to be filled with justice and humanity. His professed motto is, "Actions speak louder than everything." 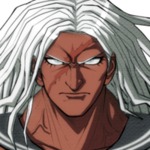 Sakura was taught martial arts from a young age by her father, and has become the strongest human being on Earth. They say she learned how to fight before she learned how to walk. Thanks to her stern gaze and taciturn personality, those around her feel intimidated even when she's not doing anything. She shares a love of physical exertion with Aoi, and they quickly become best friends within the school. 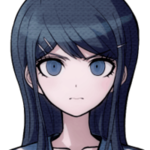 Sayaka is the lead singer in a world-famous pop group. She's the darling of a generation, but she's managed to maintain her sweet, down-to-earth nature. At Hope's Peak, she has a surprising reconnection with Makoto, who was once her classmate years ago. But despite spending several years in the same building, they never actually had any direct contact. Still, she becomes the first student at Hope's Peak that Makoto becomes willing to trust. 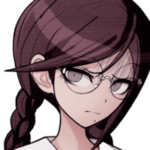 Toko is a successful novelist known for her stories about fragile young women. Despite being responsible for multiple best-selling romance novels, in person she's very withdrawn and has trouble relating to other people, often coming off as overly negative and hostile. 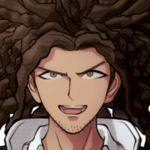 Yasuhiro apparently has an inherent ability to predict the future through the use of his own intuition. He claims he's right at least 30% of the time, and that to get it right every single time "isn't fortune-telling - that's just supernatural!" He's been held back a few times because of unspecified woman problems, which makes him the oldest student at Hope's Peak.