The Barbarian class is a melee DPS class. As a dual-wielding class, the Barbarian attacks at double speed, but does half damage. Compared with the Rogue, the Barbarian has higher sustained DPS but less burst damage.

The Barbarian's basic skill grants increased damage and attack speed at the cost of increased vulnerability. 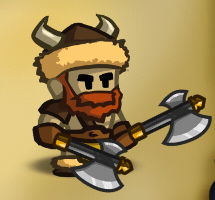 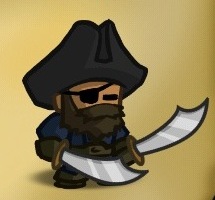