Episode 1 opens with the murder of a young woman. As the murderer stands over the victim's body holding the murder weapon, you discover that he has a plan. He will pin the murder on someone else. 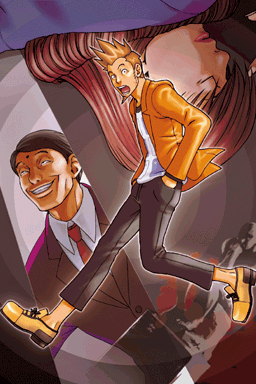 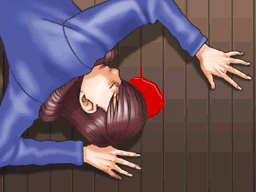 This is Phoenix's very first case as a defense attorney. He will be defending his friend for the murder of his girlfriend, guided by his mentor, Mia Fey.

Larry is a highly emotional young man, often swinging from sad to happy in a matter of seconds. A friend of Phoenix Wright and defendant in this case.

A 22-year-old model. She lived by herself in an apartment and had been dating Larry.

A prosecutor who used to be called "The Rookie Killer," but has since fallen from grace. You only face him in this first case.

A newspaper salesman that claims to have seen Larry kill his supermodel girlfriend.

Phoenix's mentor, who is a defense attorney herself. Mia is highly experienced and sometimes sees things that Phoenix doesn't. She will teach you about the basics of Trial mode in this case.