Christmas Eve: two men stand in a rowboat in the middle of a lake talking about their younger days. One says he has suffered for too long and, thus, wants revenge. He suddenly shoots the other man with a gun. The victim falls into the lake, as Miles Edgeworth leaves him to his watery grave. Wait! Miles Edgeworth?! The prosecutor? If he shot him, what did the other man do to him? What grudge did Edgeworth have against him? What kind of suffering did he go through? How can he possibly kill another man? 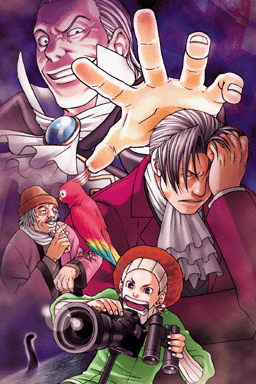 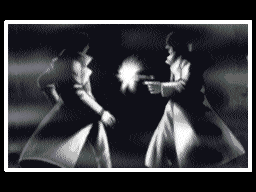 In this episode, Phoenix will be defending his own rival, but can he win against a man with a winning streak ten times longer than Edgeworth's?

Edgeworth is Phoenix’s rival. He became a prosecutor at the age of 20. He has a profound hatred for crime and criminals. It seems now he'll know how it feels to be called a criminal.

Not much is known about Robert Hammond or his connection to Edgeworth.

Von Karma used to be Edgeworth's mentor. He claims that he has never lost a case in 40 years. A prosecutor to fear.

Lotta was camping at the lake on the night of the murder. She is the main witness to the murder. She claims that she was researching meteor showers on the lake that included using a camera triggered by loud noises.

An old man who lives at the Boat Shop on Gourd Lake. Apparently, he seems to have completely lost his memory and no one knows his real name or any other information about him.

Maya is Phoenix's helpful assistant. Months with no training seems to have drained her medium powers.

Gumshoe is absent-minded and can be short-tempered at times. Mostly he is a friendly and helpful character. He has great respect for Miles Edgeworth.

Larry is Phoenix's best friend from grade school. As of this case, Larry works at the Samurai Dog stand on the beach.

Marvin Grossberg seems to know something about this case.

Polly is the caretaker's only companion.