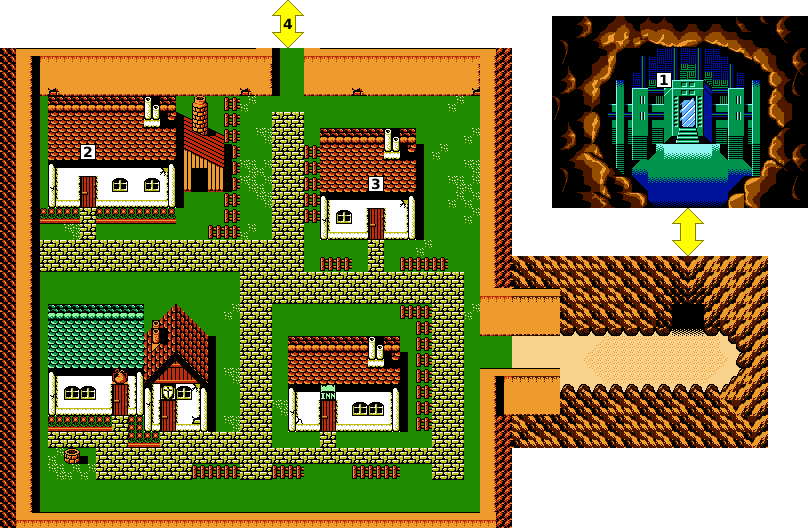 The town of Leaf is located outside of your cave. After leaving the cave, you will discover that you are unarmed; asking around will give suggestions to speak with the elder, who will give you the Sword of Wind. While you can continue as is, you should get equipment. First, head to the north-east house and obtain $100 from the person in the house, and use it to purchase any necessary equipment or items (the best thing to buy to begin is Tanned Hide; it will protect you best from the creatures in the Valley of Wind). You can now explore the wilderness, and take care of any monsters that try to attack. 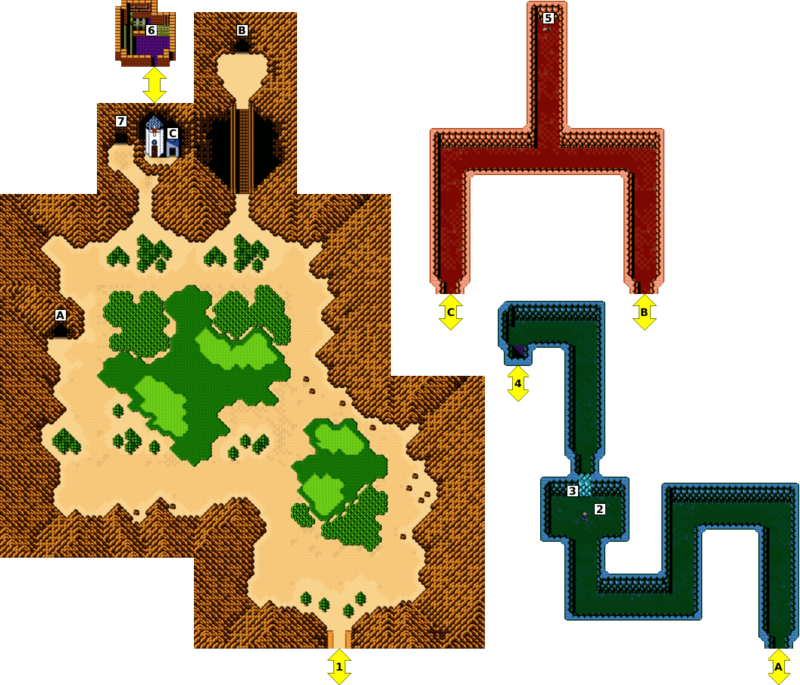 On the left side of the first wilderness area, you will find a cave. The first wise man is located here, and he will give you the task to repair the windmill. To do so, you will need to obtain the alarm flute; if playing on the NES, it can be purchased from the store. On the GBC, it is within the right-most cave. Either way, take your time fighting to amass some experience (and money for the Alarm Flute if you need it). It's best to build yourself up to at least level 2 before opening the Sealed Cave.

Look for the bridge and cross it. Enter the cave there to find the windmill operator. Wake him up with the Alarm Flute to get the Windmill Key, which can then be used to turn on the windmill. This will open the Sealed Cave leading to Brynmaer. If you do not return to Zebu personally, he will reach you telepathically before entering the cave. Either way, he will teach you your first magic spell: Refresh. 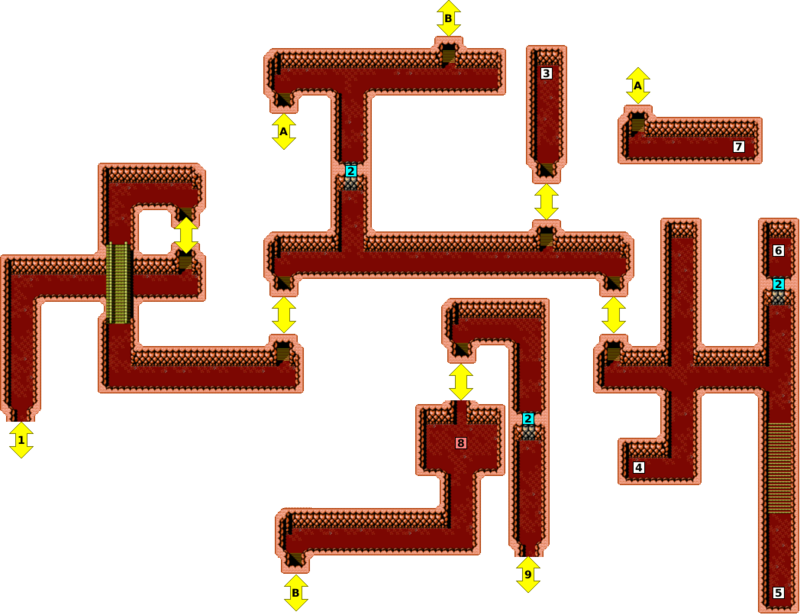 Enter the northern cave. While you're in the cave, keep an eye out for red enemies; these tend to be poisonous on contact. If you get poisoned, you need to use an Antidote or you will keep losing life. Also, be sure to be at least level 2 before entering, or many enemies here won't react to your attacks. After crossing the cave's bridge, head to the end of the corridor and south. The chest at the end contains the Ball of Wind, which when equipped will let you power up the Sword of Wind to level 2. Try it out at the dead end to the north. Note the patch of wall that's a different color. This indicates the wall is crumbling. Aim for the wall and unleash a level 2 bolt and the wind blast will break a hole in the wall, allowing you to go through to get an Antidote. Keep an eye out for more such discolored walls in future. 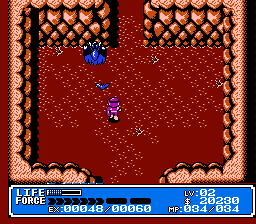 The vampire in action. You must be level 3 to win.

Return to the previous corridor. Ignore the first stairs, then head north. You can break the wall here with the Ball of Wind. You can head left to get a medical herb, or right to fight the Vampire, your first important enemy. But don't go fight the Vampire until you are at least level 3 (in the NES version); otherwise, you don't be able to damage him.

The Vampire is a simple opponent. He will frequently teleport in and out of the arena, and attacks by summoning two small bats. Avoid the bats and charge up your sword so you can quickly line up and hit him with your shots. Try to use more-damaging level 2 bolts when you can, but if an opportunity for a quick shot appears, go ahead and fire anyway. When he is defeated, you can collect the Rabbit boots, which allow you to jump across poisonous terrain. Follow the tunnel behind him and you will emerge in the Cordel Plains, just outside the town of Brynmaer.