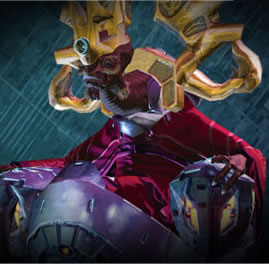 The deluded leader of the Covenant, this zealot is forcing his civilization down a suicidal path. He intends to activate the Halo and will sacrifice anything or anyone to do so. The Prophet believes he can follow the Forerunners to their mysterious final destination and share their ancient and unlimited power. He now knows that the secret to this power may lie in the ancient sands of Earth. 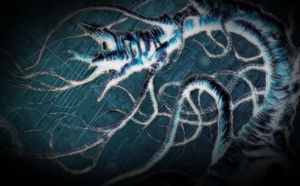 The Flood spreads by absorbing receptive creatures. Once it has reached a certain critical mass, a centralized intelligence is born, known as Gravemind. Gravemind was destroyed before by activation of the Halo array. It won't be stopped this time however, in its goal to consume every thinking creature in the galaxy. The Gravemind roams free aboard the former Covenant Flagship High Charity. 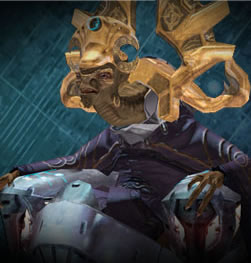 The religious and political leaders of the Covenant. They enforce a misguided theology based around the belief of firing the Halo array will cause a kind of hindrance event called the Great Journey. Prophets (San 'Shyuum) are physically frail, their power is through absolute command of Covenant, and scavenged, technology. 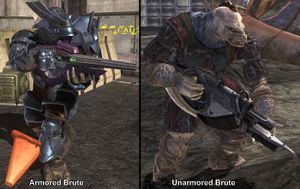 Elevated to a position of military command, at the time of the Elite insurrection, the Brutes (Jiralhanae) wasted little time applying their pack and Alpha male mentality to their new role in the Covenant ranks. A race that is powerful, dangerous, and prone to acts of brutal violence(must be why they are called Brutes). Their armor is resistant to human made bullets, but has no resistance to that of Plasma shots. Without their armor the Brutes are greatly exposed to any kind of fire arm. 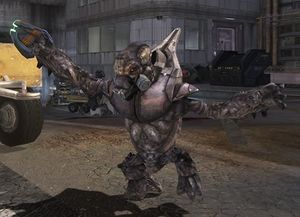 At times, tough, vicious, and well off with the wide range of Covenant weapons, Grunts (Unggoy) lose their discipline, however, when they lose the strong leadership of the Brutes. They can be a significant military force, through their numbers. While leaderless they have a tendency to flee resistant foes. 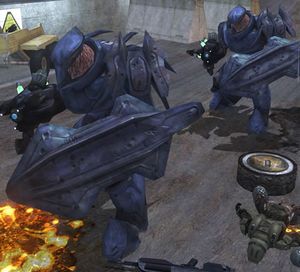 Hunters (Lekgolo) are an assemblage of a worm-like subsistence that create a collective, armor-plated form. Always fighting in pairs, Hunters are the strongest Covenant fighting units, and carry powerful Plasma Cannons. Their political motivation is completely unknown. Their are immune to standard bullets and plasma bullets. 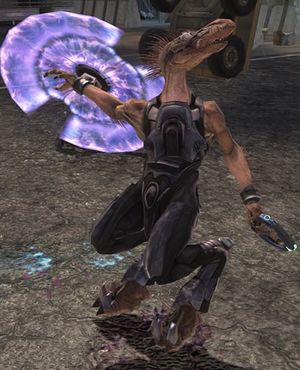 Less powerful physically in comparison to some of the other Covenant species, Jackals main specialty is sharpshooting, thanks to their excellent vision and dexterity. Though physically weak, they often carry an energy shield to protect themselves. Taking out a Jackal (Kig-yar) carrying an energy shield is more tricky than the elimination of a common Grunt. 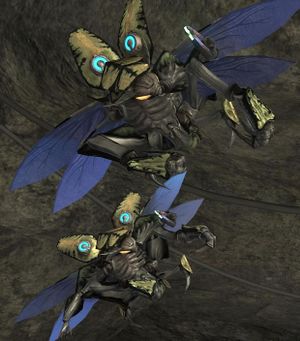 Flying, insect-like warriors with the sole purpose as professional soldiers in the Covenant ranks, rather than also conforming to their societal norms. Great in combat on the wing making the Drones (Yanme'e) an excellent strategic fighter against ground-based foes.