From StrategyWiki, the video game walkthrough and strategy guide wiki
< The Legend of Zelda: Spirit Tracks
Jump to navigation Jump to search 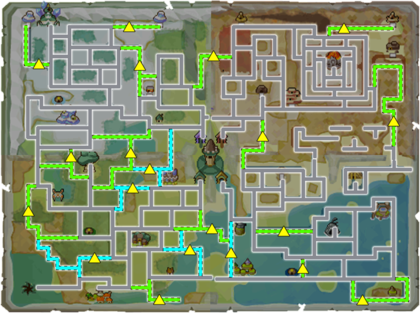 Force Gems are very powerful items found across the land of Hyrule. They have the power to restore small sections of the Spirit Tracks. As the Lokomo Carben says, they are formed when one does a great service to another person, and that person's happiness becomes too great for words. When this happens, that happiness is crystallised and released in the form of a Force Gem. All of the Spirit Tracks are formed by the gratitude of the Spirits of Good, and that of the people of Hyrule. Each Force Gem restores a small section of Spirit Tracks. There are a total of 20 Force Gems, three of which are required to complete the game.