From StrategyWiki, the video game walkthrough and strategy guide wiki
< The Dog Island
Jump to navigation Jump to search

Safe areas are places where you will find other dogs and no enemies. This type of area usually has buildings, save points, shops and ways to rest your character. If you are looking for dogs to help, checking in Pupsville and the village you've most recently found are good places to start. All the villages on The Dog Island have save points and can be warped to, so take advantage of this if you want to quit while you're out and about the island. If you aren't very close to Pupsville and you want to rest up, it is better to use the Inn at the closest village rather than warping back to your house. The Inns only cost one Woof and you'll spend twice that getting home and back.

The areas on the page are laid out in the order in which you discover them, so to avoid spoilers just don't scroll down past where you are in the game.

This is the town where your dog lives. Every year there is a big festival with fireworks and a treasure hunt. This place is also home to quite a few other friendly dogs, and it is where you start your adventure to The Dog Island. There is only one building you can access; your home. There are a few Tools scattered around, including Colored Glass and a Beautiful Stone. You can sniff these out when you first start, or when you come back from The Dog Island the first time.

The dogs on The Dog Island all refer to Puroro Town as the big city, but it's much smaller and has less to do than Pupsville. It does have paved streets and big pier where El Dorado moors his ship, so it is a bit more metropolitan than the island villages in appearance if not in actuality. It's also notable that although this is considered the "big city," the doctor here defers to Potan out in a rural island.

El Dorado is the kind Cocker Spaniel pirate who will take you to The Dog Island…providing you sweep the decks and help his cook by catching some fish. Most of your time here, and the content important to the plot, will be part of the big, long cutscene and the smaller cutscene at the end of the sea voyage. The rest is simply more tutorial-type stuff. 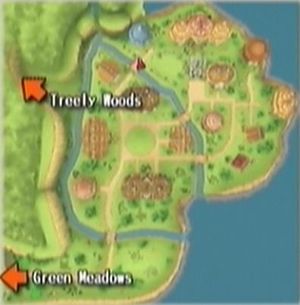 This is the biggest village on the island, home to Dr. Potan who can help to cure your sibling. You can also meet Noble, the village Chairdog, who will let you use a house while you stay. There are plenty of dogs here who will need your help. You can buy accessories at Malshige's Shop, buy herbs at the Restaurant, or just say hi to the locals. You'll spend a lot of time in Pupsville not only due to the number of dogs that need help here, but also because this is where you grow your Anc Tree.

In the middle of the village is a grass circle where you plant the tree and it is surrounded by all the shops. The rest of the buildings are personal residences, and there are no buildings that can't be entered. At the end of the game you'll be in Pupsville and if you exit the village to Green Meadows, it's the end of the game. At that time various dogs who've you met throughout the game and who don't usually stay in Pupsville will be there so you can say goodbye to them. There are also quite a few dogs who either show up or leave at some point. Mostly this is explained through the plot, with the exception of Hans, who, if you don't see him in his house, is out looking for blue or red paint in either Gola Highlands or Snow Village.

You'll also be spending some time here if you want to fill out the Collector books or make New Products. A nice feature of the village is that you have a house here where it doesn't cost any Woofs to rest up and heal all your hearts. Conversely, resting in Inns around the island costs 1 Woof. This is also where the Star Festival is held, which is a major event in the game and for which you must gather a variety of Special Items and become a Sniff Master. 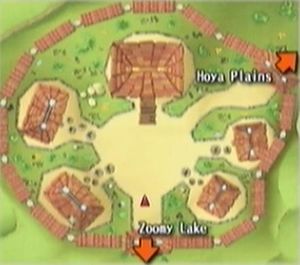 This village is famous for its sniffing Dojo. Why not pay it a visit and become a pupil of Rode's? The village is also home to Victory Gang Dogs Clark and Kurtis. And once on a mission to find her, you can meet Elaine (Francis' friend from childhood) too. To get here you need to get past a large gap in Zoomy Lake (but there's no problem a little Hippo Food can't solve) and from here you get get to the Hoya Plains. 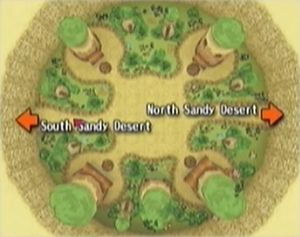 Gigili Village is in a pit in the middle of the desert. You can race with Will, or go out into the Sandy Deserts. Remember to bring some of Obaba's antidote if you're getting close to Blue Snakes. You can meet Eisman (German for "ice cream") or frighten the Camels with your bark. To get here you will need to get rid of some dangerous bees blocking the way to the desert. 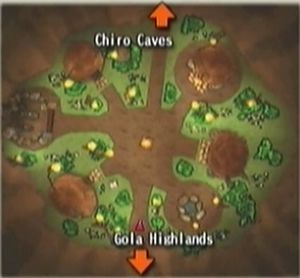 Chiro Village is a village built in a cave just beyond Gola Highlands. Once you have moved a rock blocking the way, you can go here and help out the dogs, or go into the dark, confusing, Chiro Caves. Be sure to buy some of Obaba's Antidote before you go in, as there are poisonous snakes in there. This is the only village on the island that is not home to any Victory Gang dogs. However, Mid, the singer, lives here, so now you know where to find him. According to a local Doberman named Balthazar, the dogs in this village have been digging around to see if there's any water underground. 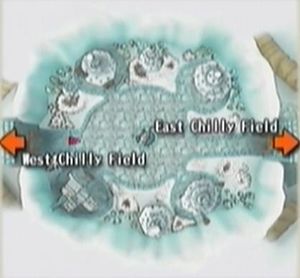 This is a village covered in snow, located between the West and East Chilly Fields. Help out the wanderer, Henry, or do some Sled Racing with Gordon. If you want, you can buy a Hot Drink from Sieder to take with you into the Chilly Fields in case you get a bit cold. He does not sell any Really Cold Ice Cream, for obvious reasons. Or meet the locals, like the dancer, Linda, and the Akita, Sasha (who lives in "A House"). Don't forget to dress warmly. 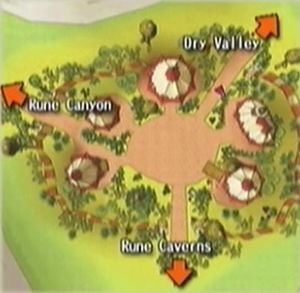 This is the last village you will come across. You can get here from Dry Valley and then check out the Rune Canyon or Caverns. Help Tancredi find the Hat his daughter gave him, or play Soccer with McCoy. And just ignore the rude little dog, Casbal, who lives in "A House" telling you that you're too puny to run away from a buffalo.