You see a girl running, then a flying man transforming into a fire-breathing dragon. The girl turns to Trucy Wright, who traps the dragon with her hat. 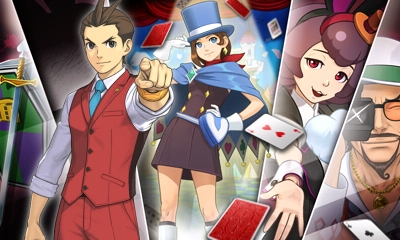 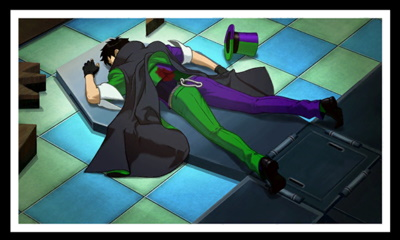 A defence attorney who works at the Wright Anything Agency. He has horns in his hair, a loud voice and a bracelet which allows Justice to see habits of pepole when they are tense.

Another defence attorney who works at the Wright Anything Agency. She is a specialist in analytical psychology, which she studied in Europe, and has the special ability to pick up subtle emotions from witnesses' voices, which she can then examine using a program called the "Mood Matrix".

A magican who is also Phoenix Wright's adoptive daughter. She is suspect of murdering Mr. Reus. Did she really do it?

Also known as 'The Great Mr. Reus'. Used to be one of the great Troupe Gramarye until he was injured and kicked out from the troupe thirteen years ago.

A prosecutor originating from the Kingdom of Khura'in. He's a monk and is known to be the "Last Rites Prosecutor".

A magican whose work alongside Trucy. Seems to adore her, or does she?

The head of the Wright Anything Agency whose currently in Khura'in to visit an old friend of his. Will Apollo manage to tell his boss what happened to his daughter?

A forensics investigator who knew Apollo from Apollo Justice: Ace Attorney. Seems quite excited with her new job.

Also known as the "Ratings Rajah" and a producer for Take-2 TV. What's his connection to the case?