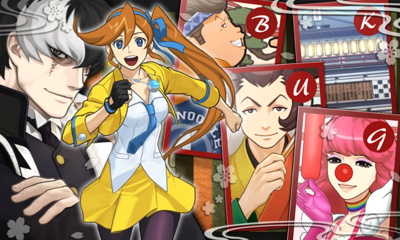 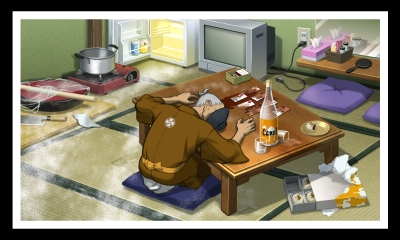 Another defence attorney who works at the Wright Anything Agency. She is a specialist in analytical psychology, which she studied in Europe, and has the special ability to pick up subtle emotions from witnesses' voices, which she can then examine using a program called the "Mood Matrix".

The fourth head of Whet Soba and the client. Still has a long way to go before mastering the art of noodle making.

A rakugo storyteller for fifty-five years. He's famous for his soba-based routines and has two disciples.

A prosecutor originating from the Kingdom of Khura'in. He's a monk and is known to be the "Last Rites Prosecutor".

A prosecutor who excels at psychological manipulation. Teams up with Athena to clear Bucky's name.

A balloon artist and Taifu's senior disciple. She's been performing for 12 years.

A rakugo storyteller and Taifu's junior desciple after Geiru. He has less experience than Geiru, but is higher ranked then her.