Climb a sky-scraping tower to reach a high-altitude world filled with tricks and treats. The Tower to the clouds leads Mario to the second half of the Sky World. Now's the time to be Raccoon Mario! 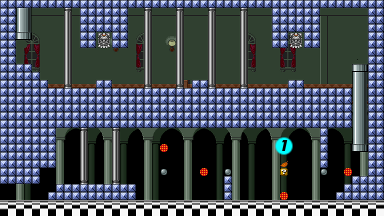 A 1-Up on the way back down

It's possible to go back to the Earth side of Sky World through the Pipe on the map. You'll fall down and use a pipe to skip most of the tower stage. On the way, you can collect a 1-Up. Be aware: you'll have to go through the Tower again to get back into the clouds. 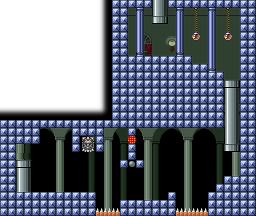 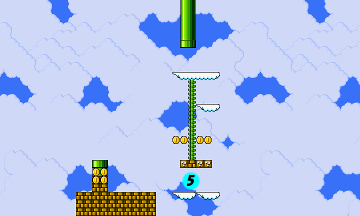 Flipping and tipping platforms make for a nightmare high in the cloudy skies. Try to be Raccoon Mario in this world, because the path through the sky is safer, easier, and has bonus coins.

Don't stop for a breath of fresh air, or you'll topple along with the shaky bridge. If you can collect 28 or more coins here, you can get the White Mushroom House to appear.

Hitch a ride into the sky on the backs of soaring Para-Beetles. These flying Para-Beetle pests will give you a lift if you jump on their backs.

Lay siege to a curious castle in the clouds teaming with camouflaged Micro-Goombas. In the original NES version, you can become invincible for an extended period of time in this world. This trick was removed in later versions of the game, but there are still plenty of other surprises to find. This stage is an excellent candidate for a P-Wing.