Ultima IV: Quest of the Avatar/Moongates

The Moongates work like a public transport: at every location there is a departure time (Moon Phase) and three subsequent destinations. A Moongate appears according to the lefthand moon phase, blinks twice when the righthand moon phase changes and then disappears; whenever it blinks the destination changes. 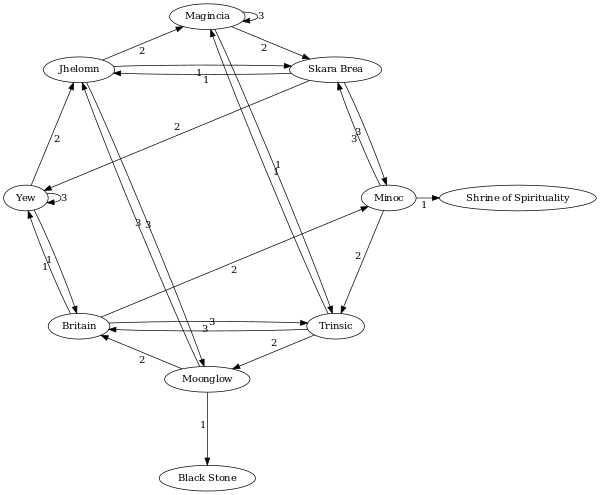 Note that in Ultima the lefthand moon is referred to as "western" and the righthand one as "eastern".

In the Northern hemisphere (Europe, Asia, North America) the opposite is true: the Moon is to the South at its apex, it rises from the East on your left and sets into the West on your right.

This may mean either one of the following: