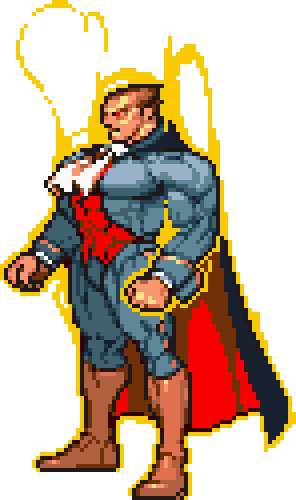 Deep within the mountains of Romania lies a castle that appears only on a full moon. The castle, named after the owner of the land, was called Zeltzereich. This castle belonged to a Makai noble, Demitri Maximoff. Roughly 100 years ago, he had challenged Belial Aensland. He lost the battle and was exiled from Makai to the human world with his castle. Sunlight was something that was troublesome for people of Makai, especially for Demitri, who was wounded severely from his battle with Belial. If he were to be directly exposed, his body would be destroyed from the inside and he would disappear.

To avoid the sunlight and humans, he used what he had left of his powers and created a field to cover his castle. He used this field to recover his strength and heal his wounds. For 50 years, he stayed within his casket. As he slowly regained his strength, he would step out only on a full moon with a field around his body.

By this time, there were already people that would wander into the castle. They would somehow hear rumors of treasures within. They would bring crosses, stakes, garlic, holy water, and silver bullets thinking they were safe and recklessly attack Demitri. Demitri couldn't help but smile as such weapons had no effect on him. To Demitri, humans were a low class vulgar race, yet he enjoyed their blood. He savored the blood of innocent girls the most, as it reminded him of the finest Makaian wine. Those who had their blood sucked by Demitri had their body and soul consumed by evil. They would become loyal servants to Demitri. Currently, 40 people settle in Demitri's castle and care for him.

When Demitri recovered 80% of his powers, he was able to temporarily create an aura around him that would protect him from sunlight. Demitri had conquered both night and day and had no weaknesses. There were no means for humans to defeat him. After 100 years of humiliation for his loss, he had gained much. He acquired various new abilities and knowledge. The Prince of Darkness steadily readied himself to take over Makai once again. The presence of an alien life form on Earth was an unexpected event for Demitri. Demitri seized this opportunity to further gain strength and fought against Pyron and consumed the alien life form. He was confident that he was strong enough to challenge and defeat the ruler of Makai, Belial. When he returned to Makai, he found out that Belial had died and his daughter, Morrigan, had taken heir to the Aensland family and the ruler of Makai. As Demitri prepared himself to challenge Morrigan, he and his castle were sucked into the Majigen by Jedah. Believing that defeating Jedah was an important step, he went off to fight him. 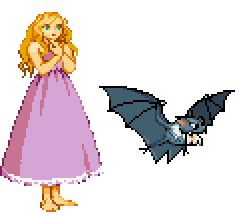 Demitri is well-known for his Midnight Bliss attack, which transforms male characters into a female form, and female characters into a more innocent form, while Demitri drains the opponent's energy. When hit by Anakaris' Pharaoh's Curse, he becomes a vampire bat. When attacked by his own Midnight Bliss, he transforms into an otherwise ordinary female maiden in a night gown. This maiden may very well be one of the maidens that willingly provides her own blood to Demitri, in service of her master. As a Vampire, Demitri's dash is somewhat unique. It grants him temporary invulnerability while he is phased out. Additionally, it affects the way he will perform his Demon Cradle move. If performed during a dash, the Demon Cradle will be executed at a forward angle.