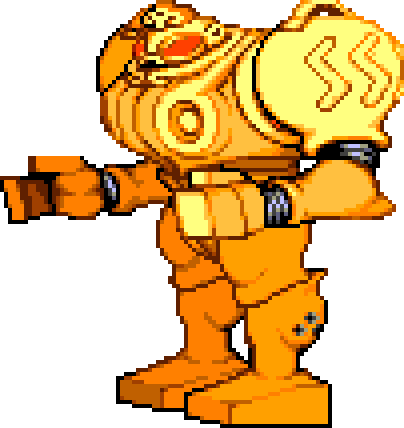 Huitzil (known as Phobos in Japan) appears as the sub-boss of Darkstalkers, facing the player in the second to last fight before the battle against Pyron. He is not made selectable until Night Warriors, although a Darkstalkers version of him can be selected in Vampire Chronicle. That version has no EX moves.

Huitzil is one of many robots created by Pyron who came to Earth 65 million years ago. At the time of their creation, the Huitzil robots were given orders to destroy all life on the planet. After destroying the dinosaurs, they went deep underground. Huitzil had gone into a long sleep and had not been functioning since. Around 520 AD, they were found by the Mayans and were used for many purposes.

Later they were put into the Teotihuacán ruins and went into another long sleep. When their creator, Pyron, came back to Earth, one of the robots awakened again and prepared to complete its given orders once again. Later, due to a malfunction, Huitzil carried out new orders: to protect a young boy named Cecil. When the primary unit, who befriended Cecil, was destroyed protecting him from Jedah, its last act was the reactivation of all the Huitzil units to protect Cecil. 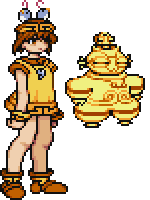 When hit by Anakaris' Pharaoh's Curse, it becomes a small toy version of its robot self. When attacked by Demitri's Midnight Bliss, it becomes young Mayan girl with two birds roosting in her hair. When she is picked up by Demitri, the birds begin to chirp in alarm. Huitzil resembles the Dogu idols left by the Jōmon people, his super-deformed version is one of them. Huitzil is the Nahuatl word for hummingbird, and likely a shortened version of Huitzilopochtli, the Aztec god of war. A running gag throughout the series is when Huitzil selects the wrong weapon and dropping a large chunk of ice. He then proceeds to try to rip his head out in confusion. Phobos (his Japanese name) is the Greek word for "fear," and is one of the moons around Mars.

Cecil is the young Mayan boy who stumbles upon Huitzil and accidentally reactivates him. At first, Cecil is scared of the giant mechanical contraption, but eventually, he warms up to the idea of having a giant robot to serve and protect him, every little boy's dream. When Jedah summons Huitzil to the Majigen, Huitzil happens to be carrying Cecil, so he is transported as well. He stands off to the side to avoid harm and cheers Huitzil on from the sidelines.