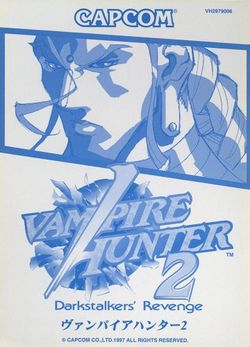 The Sega Saturn and PlayStation versions of Vampire Savior (Darkstalkers 3) also feature the returning characters from Vampire Savior 2. You can change the system in the EX Options menu to reflect all of the changes made to VS2 and VH2.