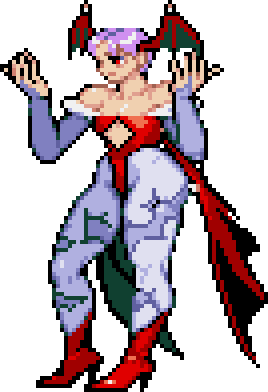 Belial, the ruler of all Makai and Morrigan's adoptive father, foresaw that Makai would be exposed to the crisis of perishing soon. Someone with great power would be needed to maintain the unbalanced world of Makai. Using his near omnipotent foresight, he predicted that one which such power would not be born in the family of Aensland for another 1,200 years. Knowing this, he personally selected Morrigan as his immediate heir.

Morrigan was a very special Succubus; she was born as an "S class" noble. But at that time, a struggle for power had already started between the noble houses. Numerous battles had occurred in various locations. It was unacceptable for a Succubus child to be given such rights to power. To complicate matters further, Morrigan had no way to control the enormous powers that she held within herself. If she were to be left unguided, she would destroy herself and the land around her. Thus, Belial decided to split her powers and isolate them in order to protect her. Morrigan's soul was split into two, one of the halves was isolated in a negative space that Belial had specifically created.

However, her powers could not simply be split 50/50. Because her powers were forcefully divided, they kept drawing towards each other. To counter this effect, Belial took part of her powers and sealed it within himself. Morrigan's soul had been divided into three; one in Morrigan, one in the sealed space and one in Belial's body. When these become one, Morrigan can regain her full powers.

When Belial died, the sealed-off power was supposed to return to its rightful owner. Once this was complete, the next ruler of Makai was supposed to be born, as Belial foresaw it. But because the part which Belial contained had been lost, Morrigan's power had not returned to 100%. Also, a certain 'accident' had occurred in the sealed space that even Belial himself did not notice; the sealed-off power had begun to have its own will. She (Lilith) had begun to recognize herself roughly a decade after the sealing process. As Lilith found out about Makai, her feelings grew. These feelings were different from normal emotions like admiration and jealousy, they were closer to a primitive instinct to return home...

In Makai, power is indicated by the strength of the soul. If a soul is forcefully divided, it is not surprising that the souls try to return to its full self. Morrigan's soul was powerful enough that it was able to produce a it's own will.

In Darkstalkers 3: Vampire Savior, the demon Jedah releases Lilith and gives her a body—that of a smaller, more cheerful succubus. In return, Lilith was to lure Morrigan and the other Darkstalkers to him. Lilith seems to enjoy her life until she realizes that she is not the "original"— -- she is only a part of another person. She discovers that she often becomes transparent and realizes she has limited time to find her "soul mate", in order to continue her existence. Morrigan also feels that Lilith is a part of her, but she does not feel she needs Lilith as badly as Lilith needs her. Jedah realizes this, and he manipulates Lilith to meet Morrigan so he can use them both to extend his power. However, Lilith knows that Jedah is lying to her. Lilith is only absorbed by Morrigan in Morrigan's ending leaving Morrigan, like Lilith, with a more cheerful personality and a new view on the world. In Lilith's ending, she fails to reach Morrigan's unconscious body in time and appears to fade from existence seconds before Morrigan wakes up, though Morrigan again seems to feel something has changed within her. 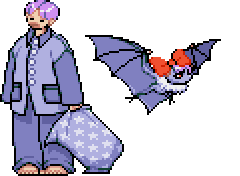 When hit by Anakaris' Pharaoh's Curse, she becomes a bat, very much like Morrigan, but with a bow affixed to its head. When attacked by Demitri's Midnight Bliss, she actually transforms into a younger version of herself in oversized pajamas, almost in a sleeping or zoned out state. Lilith also has several cameos in Pocket Fighter. She appears in one of the backgrounds, sitting on a window sill of a castle(note that if Morrigan is in the stage, Lilith will disappear), she teams up with Morrigan in one of Morrigan's special attacks, and she appears in Morrigan's ending.