Mt. Moon is full of several new Pokémon as well as the menacing Team Rocket. Team Rocket is after Pokémon fossils, no doubt as part of some diabolical scheme. It's up to you to stop them from raiding these lost paleontological treasures! 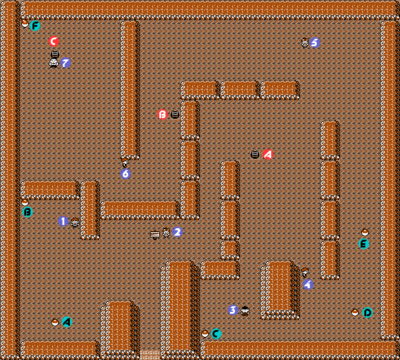 This cave is full of Zubat, but once you have a Pikachu who can hit them with its super effective move, Thunder Shock (or another strong Pokémon at the head of the roster), you'll find them to be little more than an annoyance. Deeper levels of the dungeon have Zubat that use the Supersonic skill to confuse your Pokémon, but that can be shaken simply by swapping the confused fighter for another.

Geodude is a bit trickier. They're weak to Grass and Water, so Squirtle's Bubble or Water Gun (can learn by level 15) and Bulbasaur's Vine Whip can wipe them out quickly. Also, Butterfree and its Confusion attack. If you don't have either of these, you can just grab TM12 and use it to teach Water Gun to one of your Rattata, Jigglypuff, Nidorina or Nidorino. You can also use Charmander/Charmeleon's Ember attack. Although it may be fire and say that it's ineffective, it does considerable amount of damage compared to most other attacks. Alternatively, if you have a Nidoran (male or female), it will learn Double Kick at level 12 (Yellow version only), which is super effective to Rock types because the move is a Fighting type. Remember that Poison- and Rock-type attacks don't do very well against Geodude, and Electric attacks have no effect at all.

Also feel free to use TM01, which teaches Mega Punch. It's a pretty powerful Normal-type attack, although it's slightly inaccurate. It will be outclassed by other attacks such as Strength, Body Slam, and Double-Edge later on. 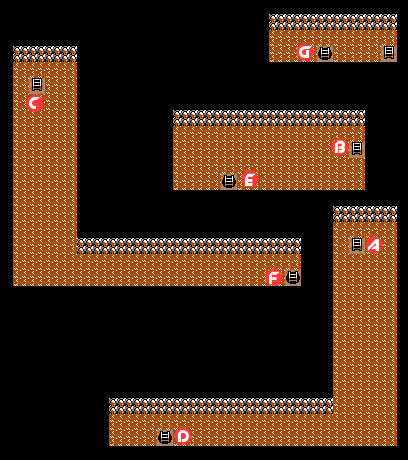 Two nasty surprises await at the end of Mt. Moon (to get to the end, take ladder C to F to G). Red and Blue players may simply want to avoid Rocket #3, since his Level 16 Raticate can easily slay a Pokémon with Hyper Fang. Yellow players can't avoid their extra battle, though. Use an Escape Rope and come back with a healed party, or heal up with Potions as needed. Yellow players should also watch out for the infamous Team Rocket Duo Jessie and James, who will unexpectedly ambush you at the end after the battle over the fossils.

Which fossil should you take? When you get the Dome Fossil cloned (much later in the game), it will become Kabuto. The Helix Fossil will yield an Omanyte. You can't go wrong with either one, since chances are you won't want to exchange a member of your high-level team by that time. To get the other one, you'll either have to trade for it, or receive one as a prize in Pokémon Stadium. 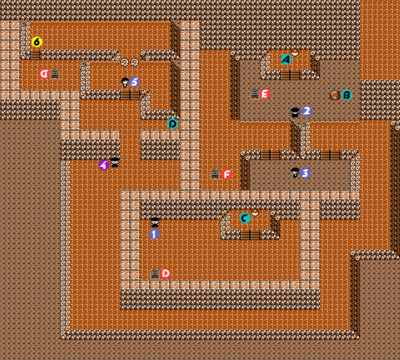 Secrets of the Moon Stones[edit]

The Moon Stone you pick up here is a crucial item, and one of only five Moon Stones in Pokémon Red, Blue, and Yellow. Moon Stones are the one and only way to make certain Pokémon evolve, of which there are exactly four: Nidorino (Nidoking), Nidorina (Nidoqueen), Jigglypuff (Wigglytuff) and Clefairy (Clefable). But don't go using that Moon Stone quite yet: all four of these Pokémon stop learning moves once they're evolved (although the Nidos do get one new move each: Nidoking gets Thrash and Nidoqueen gets Body Slam at level 23, which are both excellent moves), so before you evolve any of them, check the Pokédex and make sure they've learned all the skills you want out of them. Note, though, that all four can still learn a wide variety of skills from TMs and HMs.

There is one Moon Stone here in plain sight, and another hidden in one of the basements. Before you take on Trainer #5 near the two fossils, search the dead end marked D for a second Moon Stone.