The situation in Pokémon Tower is grave indeed, but with the Silph Scope, you should be able to dig up whatever is causing all the trouble. You don't have to do anything special with the scope, but just make sure you have it with you when you enter the tower. The Silph Scope automatically identifies ghosts and makes it possible to engage them in combat. 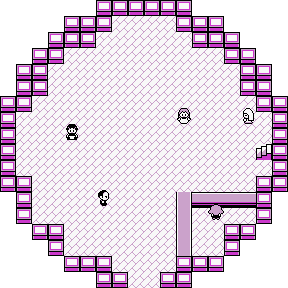 Pokémon Tower Floor 1
Scoping out danger
Without the Silph Scope, you can't identify the ghosts lurking in Pokémon Tower, and therefore you can't fight them. With the scope in hand, you can fight and try to capture these astral aggressors. Note that Normal and Fighting-type moves don't affect Ghost-type Pokémon at all, so use caution in battle. You'll have better luck catching a Gastly or a Haunter if you use Great Balls instead of regular Poké Balls. You can also find some Cubones here too.

With the Silph Scope in your hot little hands, it's time to head back to Pokémon Tower and figure out what is going on.

Before moving on, if you haven't already, you can get HM02 (Fly) by heading west to a path where a Snorlax blocks the way (Route #16). Cut the tree several steps before the Snorlax and enter through the building on the area inside. Once on the other side, enter the only house there and speak to the girl inside to receive HM02 (Fly).

Otherwise, the quickest path (if you did not capture a Pokémon that can Fly after using HM02) is to go back to Route #7, hand the guard a frosty beverage to end the baffling "Thirsty Guard" crisis, and then cut through Saffron City on your way East to Lavender Town. On your way through Saffron City, you might just want to stop in at the Poké Mart and grab a Super or Max Repel. The Repel is for the Tower, where you'll be assaulted by Gastly, and occasionally Haunter. 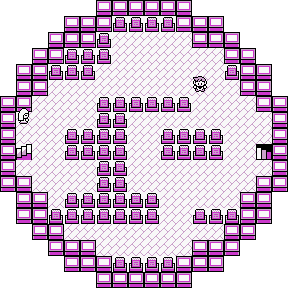 When your rival gets in your way on the second floor, he'll pick a fight as usual. Like some of the previous battles, he isn't going to be that hard on you, so again you should have an easy time.

To easily deal with the rival's Pokémon, use the following on him:

Ghost-type Pokémon are completely invulnerable to Normal and Fighting moves, so many of your Pokémon's attacks will be useless here. Because of the only Ghost evolution line's secondary type, Poison, they are weak to Psychic and Ground-type moves. Anything that can use Dig, especially a speedy one like Diglett, can pretty much get an instant K.O due to the Gastly and Haunter's poor defense stats. Pokémon like Kadabra and Drowzee are very powerful too. If you don't want to deal with lots of random encounters, just pop open the Max Repel... after you catch a Gastly for yourself if you want. Many Channelers also lurk this tower, and they seem possessed. 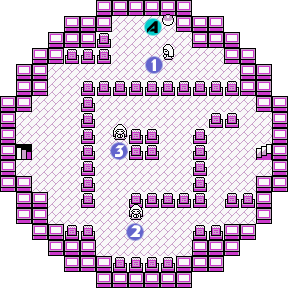 The leader of the Channelers has broken free of the dark power that held her, and created a reusable healing zone on the 5th floor. Make sure you heal and save while you have the opportunity, since there are a number of surprises ahead. Move one step forward and three steps down from the stairs to snag a hidden Elixir. Elixirs restore 10 PP for all moves for the Pokémon it is used on. 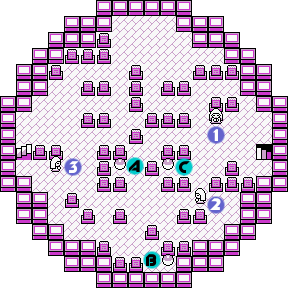 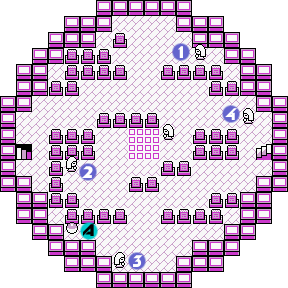 The first surprise is at the stairway to the top floor, where the Ghost that you needed the Silph Scope for finally reveals itself as a level 30 Marowak. Make sure you have some strong Pokémon for this fight! It should be a pretty easy battle if you have Water, Grass, or Ice attacks. You cannot catch this Pokémon, as it will dodge any Poké Ball you throw its way, even a Master Ball! There is also a glitch where you can use a Poké Doll on the Ghost so you won't have to use the Silph Scope to fight it at all, allowing you to completely skip the Rocket Hideout if you want. 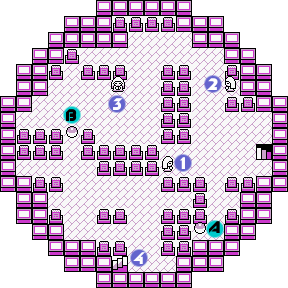 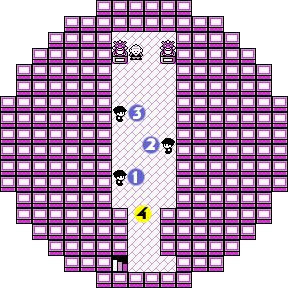 More non-Gastly foes await on the top floor and they're from Team Rocket. Red and Blue players have to go through three Rocket guards, while Yellow players just have to deal with a single visit from Jessie and James, the pair of losers that's been trailing you all along.

Prepare for trouble...make it double!
Didn't you just pummel these guys at the Game Corner? No sooner have you defeated the ghost guarding the 7th floor in the Yellow version than Jesse and James show up again, trying to keep you from talking to Mr. Fuji. Their Ekans and Koffing have evolved into Arbok and Weezing, but you should still win the battle easily if you have a Psychic or Ground-type Pokémon. They'll run away, but don't think for a second that you've seen the last of these two troublemakers!

After you've bested the Rockets, you'll find the missing Mr. Fuji. He'll thank you for your efforts with dealing with the Marowak Ghost which was the dead mother of a child Cubone, and will reward you with a gift of a Poké Flute, which you can use to awaken any sleeping Pokémon, and which finally makes that Rest skill useful.

You can also use it to wake up that sleeping Snorlax that was blocking the passage between Route #11 outside of Vermilion City and Route #12 south of Lavender Town or you can wake up the sleeping Snorlax on Route 16 near Celadon City. You can see what's up ahead or you can pay a visit to Saffron City.