Wang Koh-San (Chinese: 王覚山) is an artist and also the friend of Dr. Lee Pai Long. 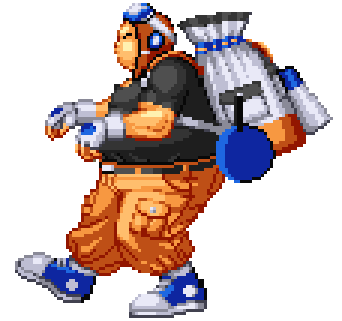 Having come to Glass Hill for inspiration for a drawing he plans to enter in a contest, Wang heard about Wyler's attempt to create a powerful elixir, and decided to attempt to find it himself for his friend Lee Pai Long.

In his ending, Wang witnesses the side-effects of the drug Wyler created (reverting users to a child-like mental state) and agrees to leave the drug for Freia Lawrence (an old childhood friend of Robert Garcia who causes most of Art Of Fighting 3's story) to destroy and returns home. There he lets Hoeh-Hoeh choose the painting for competition and we are shown humorous 'drawings' of Hoeh-Hoeh interacting with all of the characters from the game.

So far Wang has only appeared in Art of Fighting 3.