Wyler (ワイラー) is the final boss in Art of Fighting 3. He is working on perfecting a powerful Elixir that was originally developed by his and Freia Lawrence's fathers. 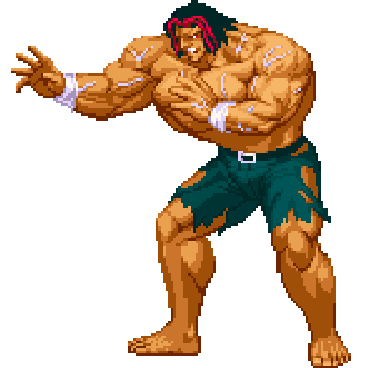 In Art of Fighting 3, Wyler is looking for Freia Lawrence, the daughter of his dead father's former partner, who possesses information about a formula for some kind of "Jekyll and Hyde" formula that he is attempting to create. The essential data needed for completing it was taken by Freia's father when the two's partnership broke up. Wyler believes this action is the cause of his father becoming destitute and even the cause of his death. Freia now has the data.

Wyler hires the private investigator partnership of Rody Birts and Lenny Creston to find her (they are convinced it is for romantic reasons). Freia is also being sought out by her old childhood friend Robert Garcia. Wyler finds Freia, though seemingly without the help of the private eyes he hired, completes his elixir and takes it himself, turning into a large Hulk-like man. However, it has an unforeseen after-effect and reverts his mind to a child-like state. Freia chose to stay and tend to him.

Wyler is a playable character in AOF3, though he does not have an ending sequence of his own (in the normal Neo Geo version), nor is he affected by throw moves. He also doesn't have a Desperation-move, as all the other characters in the game.

He has not appeared in any games since.