Fly to the Passage of the Eidolons[edit] 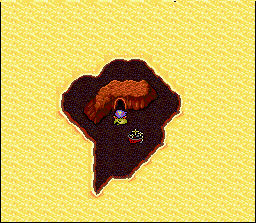 This procedure will allow you to gain two powerful summon spells for Rydia. Fly to the southwestern section of the underground to find a small island with only a cave. That cave is the Passage of the Eidolons. 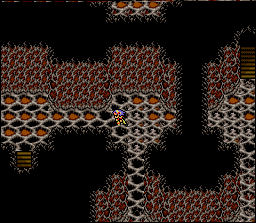 The first thing to do when you enter the cave is to have Rosa cast the Spell "Float" on your whole party (you can do this all at once). This will protect you from the spots on the ground that damage your party and also from monsters that attack using the "(Earth)Quake" spell. When you enter the cave go south, then immediately west until you reach another cave. 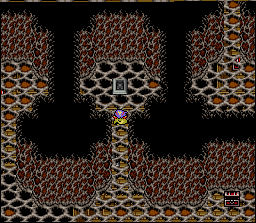 You will have to recast the "Float" spell again, because as you change floors, it is removed. In the next room, go right, then up and to the right down to the next floor. In the next room, follow the path until you get the opportunity to go north. When you reach that point, there will be a small grey staircase to take you into the Feymarch. 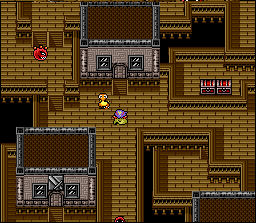 Go north, then east and take the first staircase you come to. On the next floor head around the outside circle of the room counterclockwise until you reach a building which has a chocobo stationed in front of it. Go into this building, then down the staircase on the left. Finally, go down the grey staircase in this room. In this room speak with the woman in the middle. She is Queen Asura of the Eidolons and she will fight you. 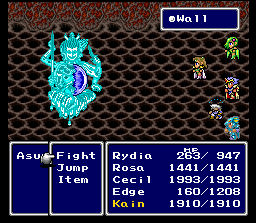 Defeating Asura is not too difficult once you realize that you must have Rosa cast the Wall spell on Asura in order to make her cures ineffective. Once you have done this, you can simply attack as normal, remembering that you cannot cast spells directly on Asura or it will reflect back to you (Call spells excluded).

If you do not have the Wall spell, you will need to damage her faster than she can heal. Cast Slow on Asura to reduce the frequency of her Cure spells. The Mage Masher (found in the Sylvan Cave) does quadruple damage against Asura. Arm Edge with that and then Berserk him. Asura counters physical attacks with attacks of her own, so be prepared to heal as often as Edge attacks. 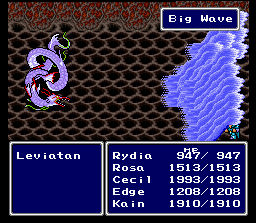 After defeating Asura, speak to the man next to her who you will learn is Leviathan, the King of the Eidolons. Battling him is a little tougher. His Deluge (Big Wave) attack is pretty powerful. Your best bet is to have Rosa use Curaja (Cure4) on the whole party after each wave attack. After defeating Leviathan he will give Rydia a spell allowing her to use his attack. 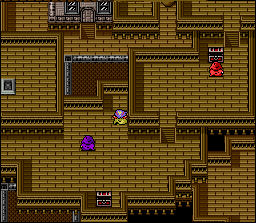 Exit the building, then go back down the grey staircase. Head clockwise around the room until you are as far south as possible in the corner there is an invisible button that will take you to a room with four chests. Immediately behind where you are let into this room is a button that will allow you to exit the cave quickly.