This is the list of characters within the game containing a brief description and their abilities. There are five different types of magic in the game: White, Black, Summon, Ninja, and Twin. In total, there are 24 White spells, 24 Black spells, 16 Summon spells, 6 Ninja spells, 2 Twin spells. 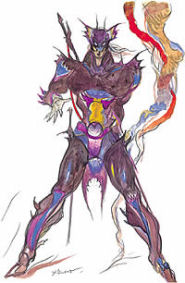 A Dark Knight is a physically oriented character that uses dark swords. He combines physical power with impressive defense. However, he is mostly useless against the undead, and levels up slowly. At the beginning of the game, Cecil starts as a Level 10 Dark Knight with 3000 experience.

After reaching a certain point in the story, Cecil begins again as a level 1 paladin, a physical class with white magic. This class starts strong, can use basic White Magic, and retains the strong offense and defense of the Dark Knight. His chief weakness is his limits as a magic user and his incompatibility with any of his old equipment. 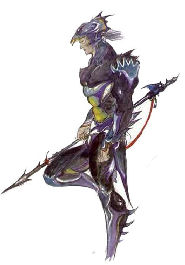 Kain is a dragoon assigned to assist Cecil at the start of the game. Like Cecil, he is a physical class, who has strong physical offensive and defensive stats. His only notable ability though is Jump, which does heavy damage only after a long period of time. 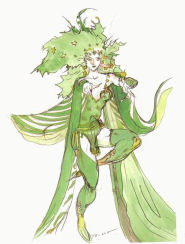 Rydia is a caller, or summoner, from Myst. Out of fear from seeing her mother and village destroyed, she causes a massive earthquake but becomes friendly once Cecil defends her. In the early game, she is a sage; an adequate white mage and a solid black mage. Later, she dumps the white magic for a powerful array of summons, which are more powerful than typical spells, thus becoming similar to a black mage. Her chief weakness is her lack of any physical prowess. 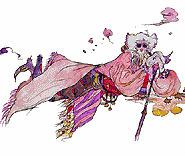 Tellah is a sage who knows a variety of useful black and white magic spells. He also starts out with a fair amount of power, already being a very experienced fighter. However, due to his age, he will gain no MP as he levels up, which is not very often. 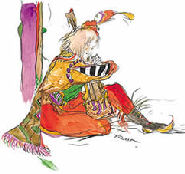 Edward, also called Gilbert in the original version, features low stats across the board and lacks access to heavier equipment. However, his physical prowess is greater than that of a typical mage, while his various abilities can be useful in many battles. After level 70 Edward's attributes skyrocket.

Edward, the prince of Damcyan, was in love with Tellah's daughter, Anna. He joins the party when the castle gets bombed by the Red Wings. 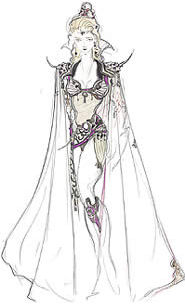 Rosa is the game's most notable white mage, and eventually learns every White Magic spell in the game. She specializes in spells that support fellow party members, most notably by restoring HP. Although by no means a physical powerhouse, her bows also give her the ability to inflict some damage from the back row in a fight. 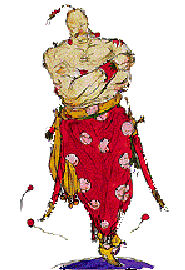 As a monk, Yang has high HP and physical attributes. His regular attacks are strong, and his abilities only emphasize this fact. His chief weakness is his inability to use heavy equipment or any weapons that directly increase his power. Despite this, he is a capable physical fighter, albeit one that may require stronger items than Cecil. 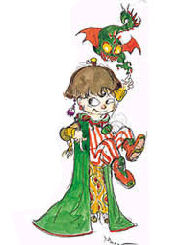 Palom is a black mage with an emphasis on magic at the cost of physical strength. He works best in a team with his sister, Porom. 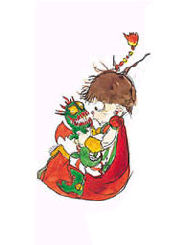 Porom is a white mage with an emphasis on magic at the cost of physical strength. She works best in a team with her brother, Palom. 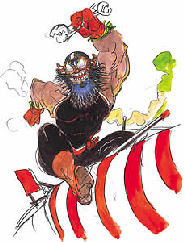 Cid is a physical fighter with access to a variety of powerful weapons, though he cannot equip shields. He has the worst magic attributes in the game, even compared to other non-magic users like Kain. 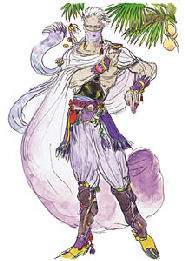 Edge is a ninja that has the ability to wield two weapons at once. Though his armor is light and defenses are low, he makes up for it using his high attack power, speed, and evasion. Furthermore, his Ninjutsu abilities make him an adequate substitute for a black mage.

Fusoya is a sage, but is a mixed bag, even by the game's standards. On one hand, he has access to every White and Black magic spell in the game, well before any other characters are likely to have mastered even one of those categories. On the other hand, his attributes are unremarkable and, like Tellah, his MP is limited.