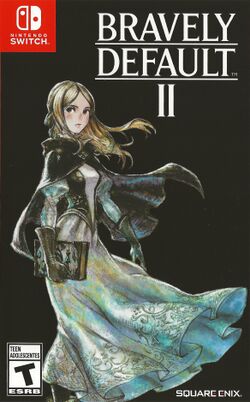 Bravely Default II is a RPG and was released for the Nintendo Switch on February 26, 2021 and Windows on September 2, 2021. It is a sequel to the first two Bravely games and features a new cast of characters set on a new world, the Continent of Excillant. Like the previous Bravely games, it has a job system where new jobs are learned by defeating Asterisk holders. A demo was released on the Nintendo eShop on March 26, 2020 and a survey was sent out to collect feedback. A final demo was released on December 17, 2020 and it incorporated changes based on the feedback.