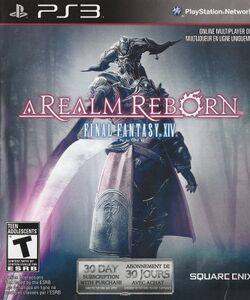 The original Final Fantasy XIV was released in September 2010 to largely negative reviews. As a result of this poor reception, then-Square Enix President Yoichi Wada announced that a new team, led by Yoshida, would take over development of the title. This team was responsible for generating content for the original version as well as developing a brand new game which would address all of the previous release's criticisms. Initially dubbed "Version 2.0", Final Fantasy XIV: A Realm Reborn features a new engine, improved server structures, revamped gameplay and interface, and a new story. The fourth and final beta test concluded on August 19, 2013. Early access for preorders and players with Legacy status began on August 24.

Final Fantasy XIV: A Realm Reborn takes place in the fictional land of Eorzea, five years after the events of the original release. At the conclusion of Final Fantasy XIV, the primal dragon Bahamut escapes from its prison inside an artificial moon to initiate the Seventh Umbral Era, an apocalyptic event which destroys much of Eorzea and is referred to in-game as the Calamity. Through the gods' blessing, the player character escapes the devastation by time traveling five years into the future. As Eorzea recovers and rebuilds, the player must deal with the impending threat of invasion by the Garlean Empire from the north.