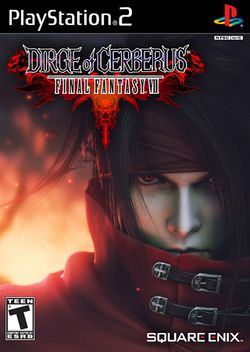 In a break from Final Fantasy tradition, Dirge of Cerberus is more styled as a Third Person Shooter than an RPG, although it does have many RPG elements, such as usable items and hit points. The director of Dirge of Cerberus said that he was a fan of the PC game Half-Life and wanted to turn it into an RPG, which he has done so in the form of Dirge of Cerberus.

The US and PAL versions of Dirge of Cerberus were altered for their releases, differences between the US and Japanese versions included: