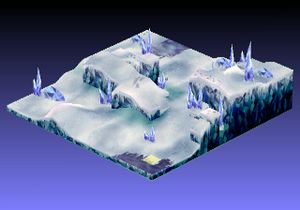 All of the zombies on this stage are weak to fire, so Red Mages and Red Skulls will deal a lot of damage. Avoid going near the cliffs until the zombies are taken care of. Once the zombies are dead, throw your melee characters up the cliff and have your spell casters cast from below to take out the Archers and the Cleric. 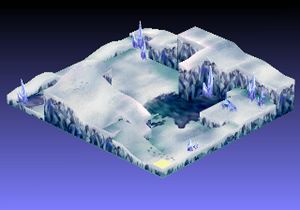 This stage is filled with more zombies which are weak to fire. They start off next to each other, so using skills that affect multiple panels (such as Blade Rush and higher level magics) will take the zombies out very quickly. 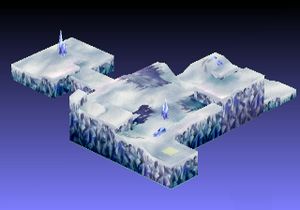 There are more zombies in this stage. Like the ones before them, they are all weak to fire. Finish them off quickly, because more enemies will be flying in to join them.

Whether you're prepared or not, the Imps and Gremlin will show up in a few turns. They use a skill that damages the character in front of them, and the two panels on the side of that character. This attack can be very damaging, since it has a chance of poisoning affected characters. To deal with this attack, spread your characters out. Putting them in a checkerboard pattern will ensure that no two of your characters are ever affected twice, and since the enemies don’t care whether their friends get hurt, they will be dealing a lot of damage to your enemies this way. Keep in mind that you do not gain experience for enemies that are killed by other enemies or by poison, so deal with the flyers as soon as you can. 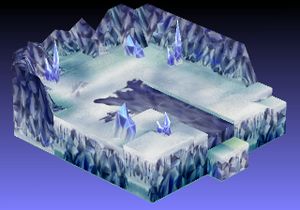 In this stage you will be fighting Flonne, her Dragon, and her army of Imps and Gremlins.

There are a few tactics that can make this battle easier.

Like the battles before it, most of the enemies here are weak to fire, so employ this to your advantage.

Go to top
← Episode I: Prince of the Netherworld | Episode II: Enter Flonne | Episode III: A Hint of Kindness →