On the GBA port there is the option of resetting the database. Go to the save screen (e.g. enter and exit a stage), then press

at the same time.

Characters excluded from the database: 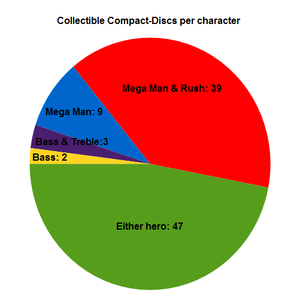 Number of CDs that can be collected by each character.

This is a summary of who can collect what: