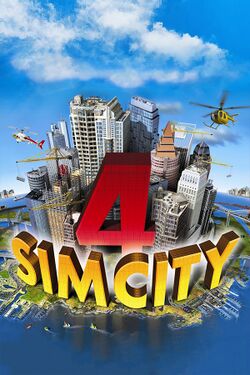 There are many differences between SimCity 4 and previous versions, the largest difference being that cities are now located in regions that are divided into segments, each of which can be developed. The regional play concept adds a whole new dimension to this sequel of SimCity.

Neighbor cities played a large role in the previous version of the game, SimCity 3000. For example, neighbor deals could be established, where a city could exchange resources such as water, electricity, or garbage disposal for money. In this version, the player may develop several dependent cities at the same time, eventually populating the entire region. Additionally, the simulated city can now be seen at night time as well as during daytime.

SimCity 4 can be used in conjunction with Maxis' popular game The Sims. Sims can be imported into the city where they will report what they think of the area they are living in. SC4 comes with some default sims for those without a copy of the game. Moreover, SC4 does have a control interface very similar to The Sims.

Graphics in SimCity 4 are rendered using trimetric orthographic projection whereas SimCity 2000 and SimCity 3000 were rendered with diametric projection. According to an article on the history of SimCity, published on its official site, free camera movement was considered but rejected for use in this version and a locked perspective camera was retained from earlier versions. Like The Sims, SimCity 4 incorporates both 2D and 3D graphics in the game; buildings and static props are presented as sprites wrapped around polygons, and a majority of other elements have incorporated full 3D graphics, such as the natural landscape, moving vehicles, roads and railways.

You can also port the .sc4 files from SimCity 4 to The Sims 2 for new neighborhood types.