The King of Fighters Orochi Collection

The King of Fighters Orochi Collection 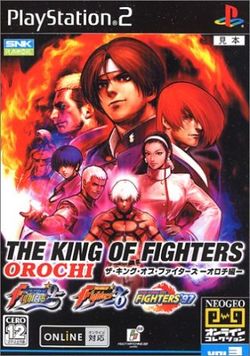 This compilation was only released in Japan for the PlayStation 2 as the third volume of the NEOGEO Online Collection. These games include color edit, arranged soundtracks, and online play through KDDI's MMBB matching service in Japan. Both '96 and '97 can be changed to English in the options menu, while '95 is only in Japanese.