Here is a list of companions you can choose from.

Default sorting is according to the sum of Dexterity, Combat, and Strength.

Tr. stands for "trainability". In fact, Dexterity and Combat are connected: whenever a character trains the higher of these two attributes (usually dexterity), he or she automatically gets a bonus in the lower one (usually combat). Said bonus is bigger if the difference between the two attributes is larger.

Only 7 of the possible 9 companions can be chosen. 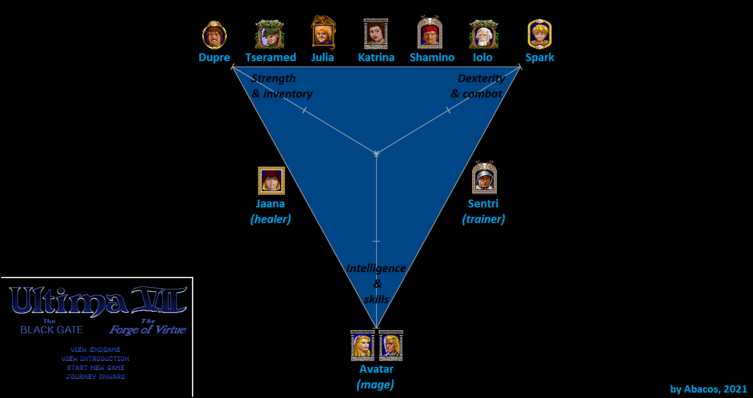