According to the Time Lord, the Guardian disrupted Moon Gates and Orbs using a sphere generator, located in a dungeon in the Serpent Spine mountains. Said mountains surround the city of Britain to the north and west, and indeed two dungeons can be found there. 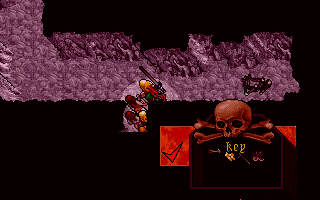 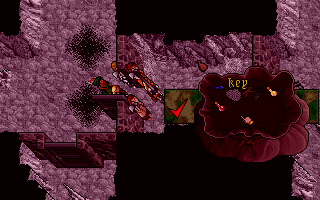 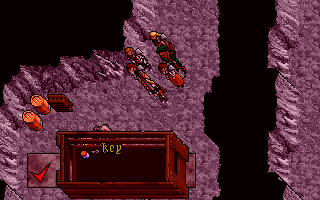 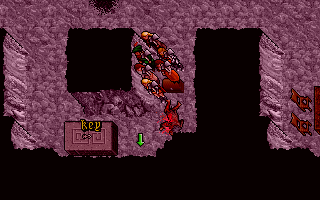 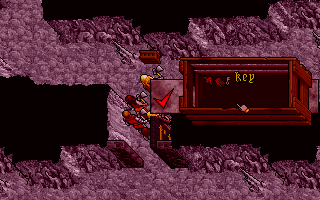 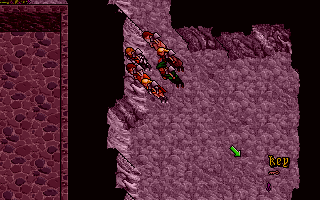 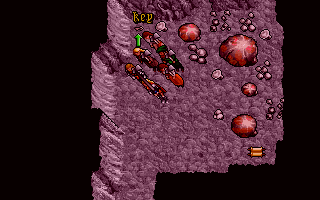 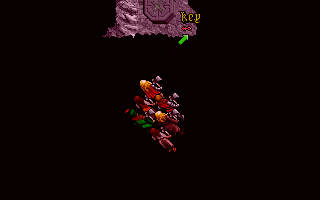 If you played a previous title in the series (Ultima 4, Ultima 5, or Ultima 6), you probably remember that Dungeon Despise was north of Britain, with an access from the north side of the mountains. Now, in Ultima 7 they decided to change that: Dungeon Despise and Shame got swapped.

One major branch of the dungeon has been explored. It is time for the east branch.

You are now in the teleporters room, close to the end of this dungeon.

Probably by now you want to exit from this dungeon. Go south, at the first fork turn east. When you step on the teleporter, go south and keep doing so after the second teleporter.

Apart from the keys, there are several items of interest in Dungeon Shame. 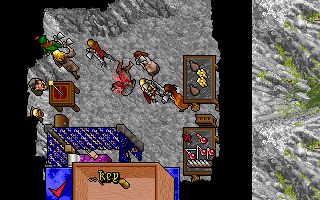 Key n.1 opens the nearby chest 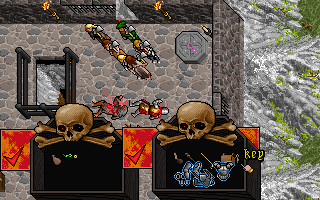 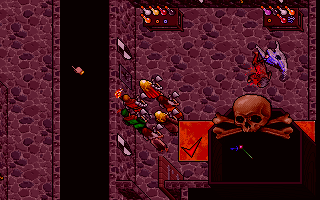 Key n.4 opens eight chests in a nearby secret passage

Your goal in Dungeon Deceit is to find the Sphere Generator.

Right at the start, the path branches in three directions. East and west are shorter, therefore you can explore them first.

Remember the magically locked door? It is a side area, known as "Selwyn's hideout".

Most loot is in Slewyn's hideout and annexed areas.

Once you are out of Dungeon Despise, use the Orb of the Moon and talk with the Time Lord. He will explain that you need Nicodemus' enchanted hourglass. We are off to Empath Abbey again.

Also, remember to pick up the magic carpet that was left at the entrance of Despise.

When you ask Nicodemus, he reveals that he gave the hourglass away, because it lost its enchantment.

Your next quest is to retrieve the hourglass and restore the ether, so that magic will work again and Nicodemus will be able to enchant the hourglass again.